Thousands of checks conducted during lockdown 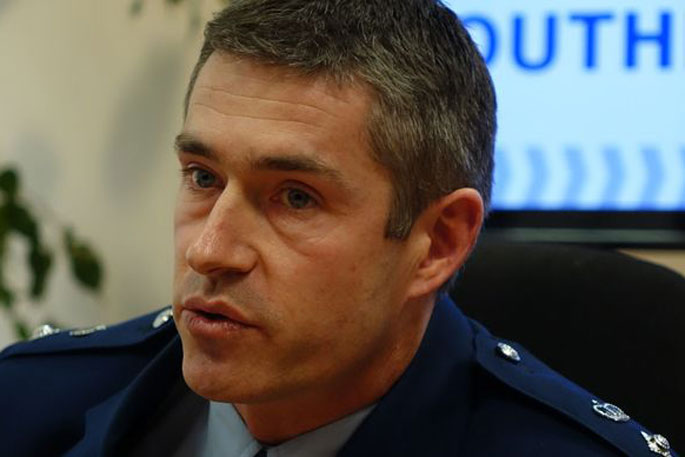 Police continue to have a highly visible presence in the community with more than 4000 reassurance visits to essential facilities and more than 6000 directed patrols since the current Alert Level 4 restrictions came into effect.

As of 5pm yesterday, police have conducted 4483 reassurance checks at essential facilities and 6041 directed patrols for reassurance or prevention since Alert Level 4 began.

Police Commissioner Andrew Coster says while compliance has generally been very good across the country, a small number of incidents continue to attract police attention.

"Officers will remain out and about in our communities, particularly at high-demand locations such as supermarkets and Covid-19 testing and vaccination sites.

"Police are urging New Zealanders to do the right thing by wearing a face covering when accessing essential services."

Failing to comply with this requirement puts essential workers and our communities at risk, says Coster.

"While police continue to engage and encourage compliance, we will not hesitate to take swift enforcement action when necessary."

As of 5pm yesterday, 29 people have been charged with a total of 33 offences nationwide since Alert Level 4 began.

These arrests are primarily the result of protest activity.

Of the 33 charges filed, 16 are for Failing to Comply with Order (Covid-19), 12 for Failure to Comply with Direction/Prohibition/Restriction and five for Health Act breaches.

In the same period, 85 people were issued with formal warnings, says Coster.

"Thirty-two of the formal warnings were for Failing to Comply with Order (Covid-19), 21 for Failure to Comply with Direction/Prohibition/Restriction and 32 for Health Act breaches.

In addition to the Online Breach Reports, a total of 4110 Covid-19 related calls were made to the 105-phone line.

The majority (2898) of calls were requests for information, and 1212 were to report perceived Covid-19 breaches.

As at 5pm on August 22, police have issued 365 infringements nationwide.

In Whangamatā, police had to remind a steady flow of people that the fine weather was not an invitation to take a Sunday drive to the beach or do a recycling drop-off at the local transfer station.

"As a result, we have issued a number of formal warnings.

"And in Taupō a mountain biker who fell on a bike track had to be winched out by rescue helicopter and taken to hospital.

"Police will be speaking to the biker at a later date and enforcement action for breaching restrictions will be considered."

For the most up to date and accurate information, go to www.covid19.govt.nz.

"So, are you saying the vaccine works? " Yep. Pretty much... The science says Pfizer is 96% effective. (That is from a very large sample, with a control group and no Government involvement in the trials. Other trials gave different results but they were not as carefully controlled as this one.) As for Politicians telling the truth, they are just like people; sometimes. I don’t really care what your results are for the USA because it has no bearing here and your sources (which you don’t state) are likely to be Fox News. I rarely watch TVNZ and it is not my main information source. " Freedoms removed because people like you want it that way!" You have no idea what kind of person I am or what I want. I have made it my life’s work to support Free speech and Democracy all over the World. Even yours...

(Blushing) Thanks. Sometimes I think my time here is wasted, but if ANYBODY gets something from my posts then it is time well spent. I always have (and will continue) to "call ’em like I see ’em" and exercise the power of reason over the "go with the flow" herd mentality. Thanks for your support.

@ morepork. It’s a breath of fresh air to read your intelligent, logical thought provoking reasoning. The more of us that can stand for our rights as responsible people and speak out the less likely these people will make unfounded, ridiculous comments that draw in like minded emotional responses without due diligence.

So, are you saying the vaccine works? Politicians always tell the truth? Seriously, are you so gullible and naive to not understand that the war on covid is not meant to be won. It’s meant to be continuous. Freedoms removed because people like you want it that way! Are you aware that in the US for example the locked down states had higher death rates per capita than the states that didn’t lock down? Suggest you ask a few more questions and stop believing everything TVNZ tells you.

There is a very big difference between complying with repressive Laws passed by a fascist State in order to find and eliminate a certain section of the people, and some TEMPORARY Laws that modestly constrain your freedom while a Pandemic is in place. I’m amazed you would even use such an analogy when it is so easily discredited. If you can’t see the difference between: "Arbeit macht Freie" and "Please stay home to protect everybody, until we have this thing licked." then maybe you’re not just in the wrong uniform, as was suggested earlier, but you could be in the wrong country...

For every analogy you throw out there I can come up with a more pertinent opposite one (reference back to Hitler comment I offered you 2 days ago) Do us all a favour.... behave, and the sooner we will all be through this. We are all suffering, but the majority are being socially responsible unlike some selfish people!

Just a friendly reminder....those people that helped hide Anne Frank were actually BREAKING the law. Those that dobbed her in to the Germans were FOLLOWING the law. So to all the sanctimonious out there.....remember that.

Where do all these cops come from? When dairies are getting robbed they’re nowhere to be seen. If you report a yob smashing a fence in they say they are too busy to respond. Yet a little cold virus comes to town and they are all over the place asking for papers. Police State.