Sand pile growing by the day 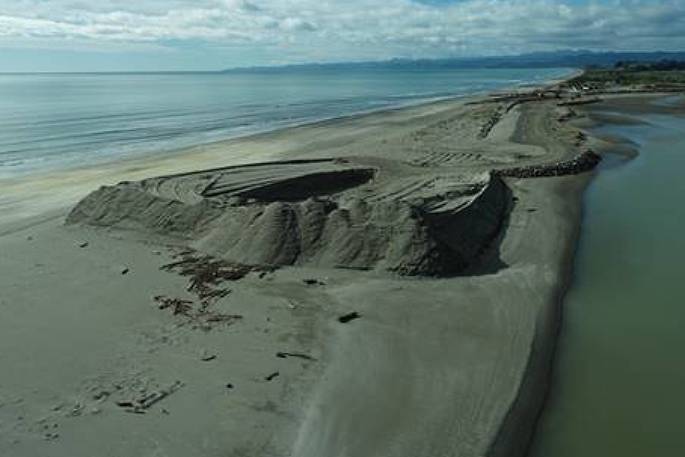 The large mound of sand near the mouth of the Waioeka River in Ōpōtiki has been attracting almost as much attention as the huge rows of variously-sized hanbar units that line the worksite.

The growing stockpile is clear reminder of progress on the multi-million dollar project to build a navigable harbour entrance.

David Wyeth, Project Manager on the Opōtiki Harbour Development from HEB Construction, says there have been a few questions about the growing sand pile and how big it's going to get.

“At the moment, the stockpile is around 40,000 tonnes and over the next couple of years that will grow more than six times the size it is now to around a quarter of a million tonnes of sand.

“The heavy breakwaters (walls of rock, armoured with hanbar units) that you can currently see growing out to sea, need to be built on firm rock foundations. The sand has been removed to below the beach level to mean sea level and stockpiled at the western end.

“In the future, we will use that sand to close off the existing river mouth so that the river flows out to sea between the two seawalls. We’ll also use the sand to create dune areas on either side of the seawalls which will be planted in native dune plants,” says Wyeth.

Wyeth also notes the stockpile location is part of careful modelling during the design phase of the project.

“Extensive hydraulic modelling was carried out as part of our design preparations and those models incorporate the sand stockpile in the current location to ensure that there is no increase in river levels during a large rain event, when the river runs higher. 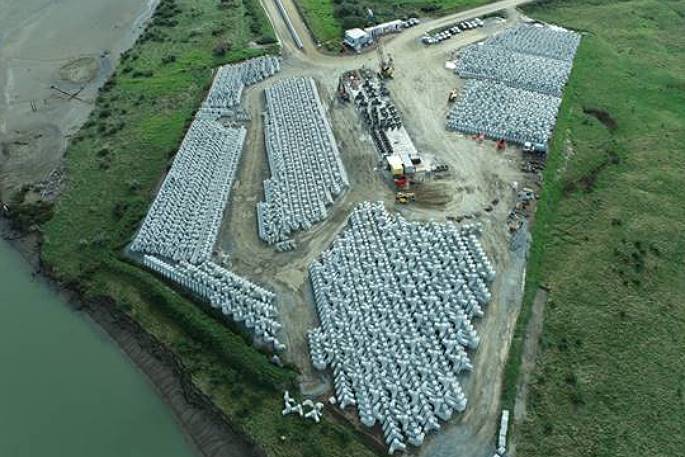 Hanbar units stockpiled by size ready for use on the harbour walls.

“Once both seawalls have been built, we will re-use the sand stockpile to slowly close up the current river entrance. The existing river mouth will slowly be closed at the same time as the new channel between the seawalls is opened so that the outlet area for the river is never reduced,” says Wyeth.

The end of July marked 33 per cent completion and the harbour entrance was on track for opening in late 2023.

You can read more about the Harbour Project on the Ōpōtiki District Council website.