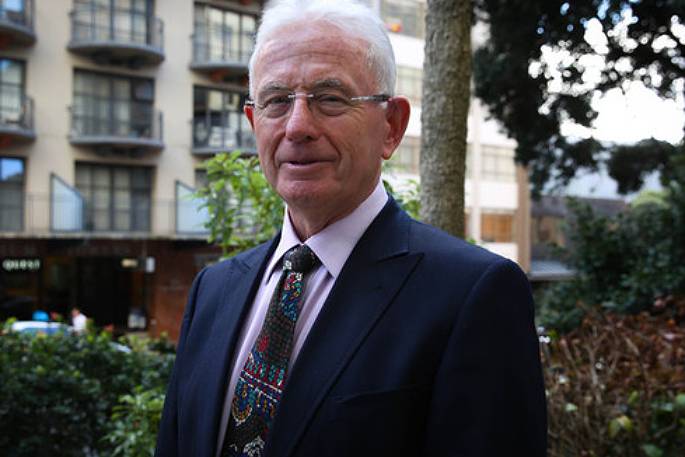 Sir Michael Cullen, the former Labour deputy prime minister and the architect of a national superannuation fund and the popular KiwiSaver scheme, has died in Whakatāne aged 76.

In March 2020, Sir Michael announced that he had been diagnosed with advanced lung cancer.

The Government is mourning the passing of former Deputy Prime Minister and Minister of Finance, Sir Michael Cullen.

“Sir Michael was one of the most influential figures in New Zealand politics over the last 40 years. Intelligent, funny and kind he left a significant legacy for the country,” says Prime Minister Jacinda Ardern.

“New Zealand is so much the richer, in every sense of the word, for Michael’s life. He gave his life to making this place better for everyone.

“He fought for social justice at every turn, understanding the need for balance and pragmatism at times, but always focused on the big picture and the long-term.

“He was a great friend to me and to many of the Cabinet and Labour Caucus. We will miss him terribly, and we are sending all our love to Anne and his family. We are devastated, but know that our grief is only a fraction of that which they will feel at the loss of a husband and father.

“For his whole adult life Michael has served his country with distinction and courage. As he himself said he has lived a long and very fulfilling life, one for which we are forever grateful. Rest in Peace Sir Michael,” says Jacinda Ardern.

Sir Michael Cullen was first elected to Parliament in 1981 as the MP for St Kilda. He was the Government Senior Whip from 1984 to 1987 before becoming a Minister after the 1987 election, becoming Social Welfare Minister and Associate Finance Minister.

He became Labour Party Deputy Leader in 1996, and when Labour returned to Government in 1999 he became Minister of Finance, and from 2002 onwards Deputy Prime Minister, along with a number of other portfolios including Attorney General.

He retired from politics after the 2008 election and continued his public service through a variety of roles as the Chair of New Zealand Post, the Constitutional Advisory Group, the Tax Working Group, the Earthquake Commission and as a negotiator on behalf of various iwi including Ngati Tuwharetoa.

“His contribution to New Zealand’s long-term economic prosperity and stability has been enormous. As the architect of KiwiSaver, the New Zealand Super Fund and Working For Families he has left behind an economically more secure country,” says Deputy Prime Minister Grant Robertson.

“Each of these policies on their own would define a political career, but taken together they represent one of the most significant contributions any politician has made in recent times.

“But for Michael they are only part of his extraordinary contribution to New Zealand. His tenure as Minister of Finance saw New Zealand have among the lowest unemployment in the OECD, strong economic growth rates and one of the lowest levels of public debt in the world.

“While many people will know of these achievements, it is also Michael’s small acts of kindness that I will remember. He was always ready with a piece of advice, an insight or just a funny story. He also helped many Labour MPs out, often behind the scenes, and not wanting any publicity.

“He was loyal to the Labour Party, but also not afraid to voice his concerns. I can recall a number of more recent Labour Party Conferences where he would pop up to speak and introduce himself as  “a member of the Whakatane Branch” to make a wise and decisive intervention. He maintained his interest and commitment to the causes he believed in for his whole political life,” says Grant Robertson.

“Sir Michael was a consummate politician – a respected adversary and a man of absolute conviction.

“But, most importantly, he was a man of uncommon and uncompromising principle. When he retired from politics in 2009, such was our respect for him we called on his vast skills and knowledge to chair New Zealand Post and Kiwibank, as well as appointing him to lead a wide-ranging review of New Zealand’s intelligence agencies.

“He will be remembered as one of our most effective ministers of finance, with a long-term view of what needed to be done to enhance to New Zealand’s economic and social prosperity and stability. His passion was to make New Zealand a better place for everyone.

“Sir Michael’s keen intellect, wit and vast expertise will be missed by us all, and our thoughts and condolences are with his family.”

The Bay of Plenty District Health Board has expressed their "great sadness" at the news.

"Although his time with us was comparatively short he left a big impression, as he did wherever he went.

"Sir Michael was a hugely respected man, both professionally and personally, and the tributes we see now bear testament to that. He enjoyed a stellar career and his leadership and commitment to enhancing the wellbeing of New Zealanders was a defining and enduring characteristic of that.

"A giant totara has fallen, and he will be missed but not forgotten."

Well done. As far as politicians go. He did alright. Rest In Peace. Thank-you for your service.

Sad but inevitable. A gentleman and a sincere and intelligent leader with integrity. Even when very ill a man of calm brave demeanor. He did our country great service. Condolences to all