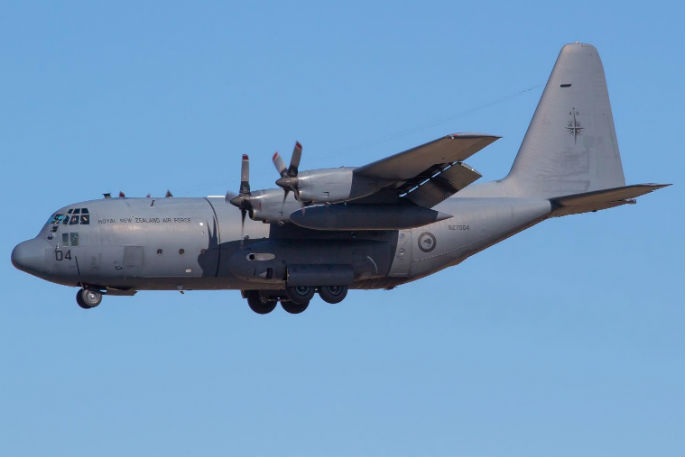 The New Zealand Defence Force has commenced deployment of a Royal New Zealand Air Force C-130 Hercules and personnel to assist with international efforts to evacuate New Zealanders and other foreign nationals from Afghanistan.

“It will be a challenging mission given the changing circumstances on the ground in Afghanistan,” he says.

“The NZDF personnel deploying on this mission, and those involved in the planning in New Zealand, are making every effort to help get New Zealanders and other eligible evacuees out of Afghanistan safely.

“We have included a medical team who will not only look after our deployed personnel but also those we help evacuate, as we have a duty of care for them while they are on our aircraft and in our care.”

NZDF personnel will be working to support the Ministry of Foreign Affairs and Trade, alongside our military partners, to facilitate the processing of eligible evacuees, he says.

The C-130 Hercules departed RNZAF Base Auckland this morning with a portion of deploying personnel on board.

The remaining personnel are deploying over the coming days to a base in the Middle East region where they will provide planning, logistical and other support to assist with the evacuations.

Air Component Commander Air Commodore Shaun Sexton says the aircraft would be part of a coalition air bridge which would see the aircraft flying between Afghanistan and airports in the Middle East with evacuees.

“To meet the Government’s objectives of assisting with the evacuation of New Zealanders and other eligible nationals, we expect to be flying into Afghanistan to facilitate the repatriations from next week.”

The NZDF deployment is expected to be for a month, although that may change depending on requirements.

All NZDF deploying personnel are vaccinated and will be carrying out Covid-19 prevention protocols. They will complete 14 days of managed isolation on their return to New Zealand.

I think you pose a fair question. I thought about it and I believe it is part of our culture not to panic and take our time. ("She’ll be right...") This doesn’t always serve us well and I was appalled at some of the management decisions taken over the Port, as just one example. I’m sure that there are many problems in getting a plane to Afghanistan at the moment, but I am equally sure that had better (and earlier) preparation been done, it could have been achieved more quickly. I guess it is what it is and we can only hope that the mission is successful and people are brought out of that tragic country...

Doesn’t say anything about it taking three days to get there before anything else can start to happen. Thank goodness for a virus and the look-good stage of promises and self agrandising.

Take your time. No need to rush. It’s like the vaccine rollout. Why is New Zealand so slow at everything?