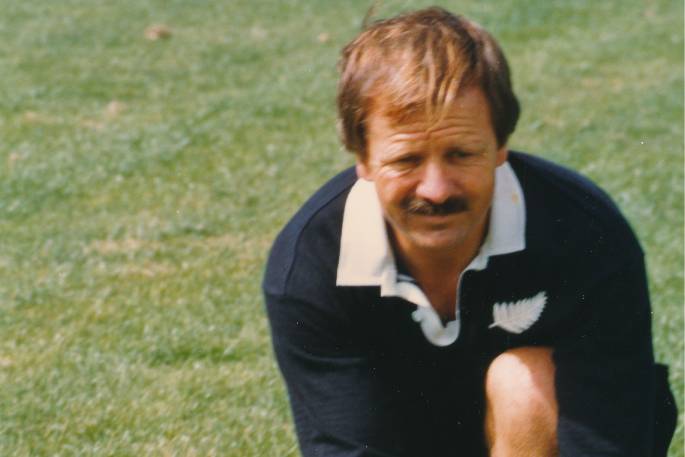 Tributes from the world of rugby and radio have been pouring in this week following the passing of Greg Rowlands.

Greg recently passed away in Tauranga at the age of 73, after a battle with dementia.

Greg's children, Kim, Brent and Sarah, extend their “deep appreciation” to the staff who helped care for Dad over these past few years,

“We are so grateful for all the wonderful comments and communications from people whose lives he has touched.

“We will remember him as a kind and supportive father who was always up for fun and adventure.”

Greg is survived by his three children and six grandchildren.

A pillar in the Bay of Plenty rugby community, Greg played over 160 games for the Bay and is regarded as the Union’s greatest ever points scorer.

“Greg made perhaps the greatest contribution to BOP rugby of all time,” says Graeme Crossman, who played with and coached Greg with the Bay of Plenty.

“Not only through his 161 appearances for the Union, but by his specialist goalkicking points-scoring accuracy.

“This points-scoring ability was instrumental in the key, three seasons win-loss record, which was used to rank of all provincial Unions, before the BOP earned a place in Division 1 in 1976.

“The following season, in the inaugural NPC Div 1 competition, Greg played a crucial role in the BOP winning the competition.” 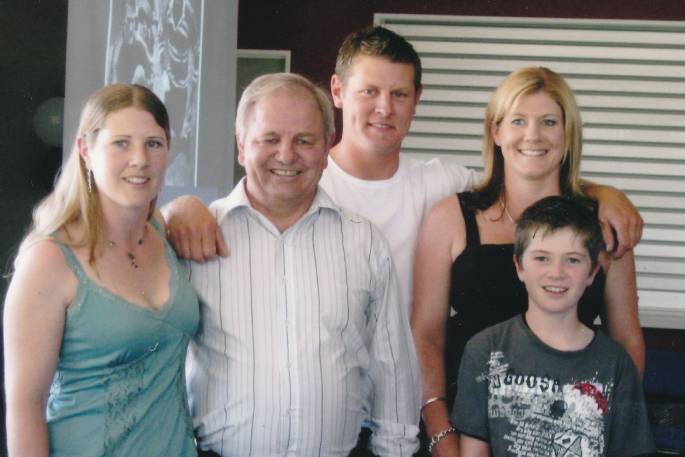 Greg played a crucial role in the Bay of Plenty winning the inaugural NPC title. It remains the union’s only NPC triumph.

Greg scored all the points - from a try and two penalty goals - as Bay of Plenty beat Hawke's Bay 10-7 in their final game to pip Manawatu to the title.

“As BOP Coach I was no more aware of Greg’s huge impact on the teams performances, than when he retired in ’82, and we had to rue the loss of an average of 12 points a game in his last years, from his razor sharp goal kicking.”

His success in the blue and gold led to international recognition with Greg winning four caps for the All Blacks on their 1976 tour of South America.

‘Crossy’, as Graeme is known to those in the rugby fraternity, suggests his international acclaim should and could have been more significant.

“The biggest compliment I can remember being paid to Greg, was by JJ Stewart coach of the All Blacks tour to South Africa in ’76 which I was part of.

“JJ  confided in me that he lamented the fact that Greg wasn’t selected to tour South Africa, instead, being chosen to go to Argentina with the second All Black team of that year.

“His outstanding goal kicking and general attacking intellect could have, I think almost certainly would have, made a historical difference to the Test Series which the All Blacks lost to South Africa.

“Off the field his tactical analysis and insights were always invaluable, and his quick wit and infectious humour made an equally significant contribution to all those BOP provincial rep teams over the years which he graced with his presence.”

Graeme Moore, the Bay of Plenty’s record try-scorer remained close to Greg after their respective playing careers, during which time they spent 12 years as team-mates.

“He was a very good points scorer,” says Graeme. “Of course I helped him along by being a very good try scorer.

“He was an outstanding player. Confident and fearless, because he was not a big man. Balanced, with a cool head under pressure. He was a great team-mate.

“Absolutely the ultimate team man. And an excellent man in all phases of his life.

“We were absolutely entwined in terms of mateship and family and all those important things.”

Max Heimann, another former Bay of Plenty representative, first met Greg at Tauranga Boys’ College and he says he was a natural leader from a young age, captaining both the First Rugby XV and the First Cricket XI as well as being among the top athletes in the College.

“Greg was a leader amongst his peers,” says Max.

“A most conscientious and influential student in the classroom, in the playground and on the playing field.”

Max believes that Greg’s imprint on the rugby game are still felt today, in the changing role of the full-back position.

“He occupied the 10 jersey for sometime before selector coach Ron Bryers in a moment of genius moved Greg to fullback,” says Max.

“Greg with his unique set of skills became the fore-runner of attacking fullbacks, the first to change the mould.”

Max also believes that Greg would have secured a series win on New Zealand’s 1976 tour of South Africa, if selected.

“Greg’s attacking skills and goal kicking could well have seen a different outcome to that Tour.”

Even after his playing career was over, Greg remained a loyal servant of the game in the region, says Max.

“Greg remained very active in the Cadet Old Boys’ Rugby Club serving on various committees both during his playing days and after he retired.

“Most notably was the Bay of Plenty Sportsman of the Year award that the Cadet Club sponsored in the early 1970’s of which Greg was a driving force.” 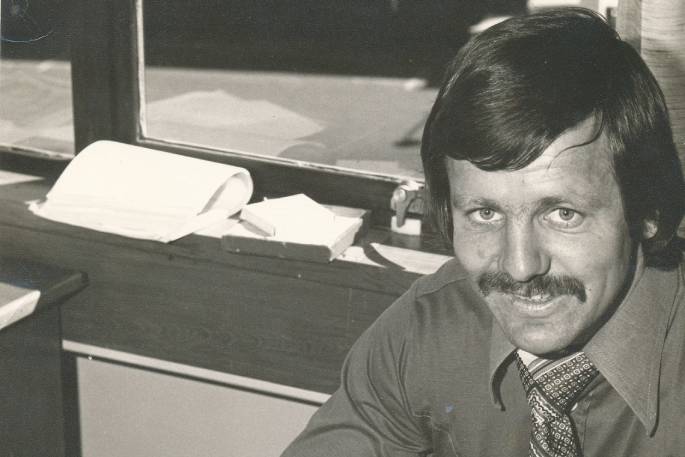 Greg also had a successful career in radio. Supplied photo.

Whilst rugby was Greg’s first passion, he was also an influential figure in the sphere of radio, acting as manager of Radio BOP during the ‘Golden Years’ with influential figures such as Brian Kelly and Andrew Love.

“Greg was an awful lot more than just a brilliant and successful All Black and a terrific rugby player,” says Tony Hutchby, who worked with Greg at Radio BOP.

“There was a lot more to him than that.

“He was such a kind, gentle and unassuming man. He was an all-round nice guy and one of those very rare people in the world who you would struggle to find anyone who has a negative word to say about him.

“He never blew his own trumpet. If someone else didn’t tell you you would not even know he was a famous rugby player,” Tony suggests.

“He was a very successful manager of Radio BOP. It was by far and away the most powerful station in town and it was one of the best radio stations in this country.

“So don’t just think of him as a rugby icon, he was also a radio icon.”

But above all, for Tony and those who speak so warmly, Greg was a treasured friend.

“I miss him terribly,” he says.

“He was a very good family man and a wonderful man.”

A celebration of Greg’s life, which was scheduled for Thursday, August 18, at Tauranga Domain has been postponed due to New Zealand’s Level 4 lockdown but is expected to take place at some point in the near future.