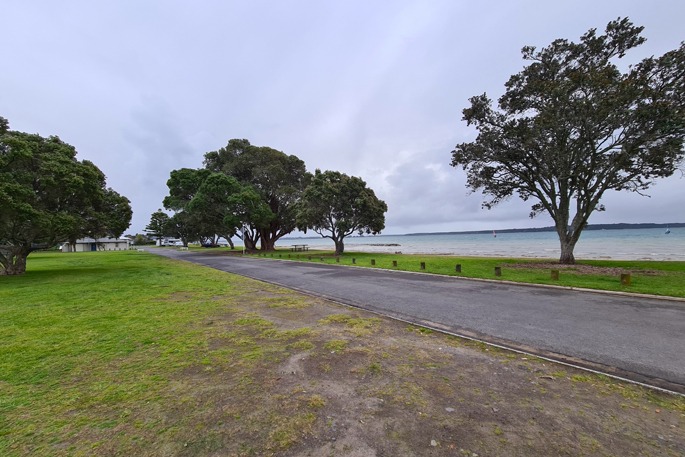 Works to upgrade Kulim Park in Ōtūmoetai will get underway later this month, with several key changes to address safety issues.

The upgrade will be the first time the park has received any major development for more than 20 years.

During this time the reserve has become busier and residents have raised concern about safety at the park, says a statement from Tauranga City Council.

In particular, the lack of separation between cars and pedestrians, with cars able to drive and park on the grass near children, and other recreational users.

Director of Spaces and Places, Paul Dunphy says Kulim Park is a beautiful, north-facing waterfront location, that is very popular with the community.

“This upgrade is really aimed at improving safety at the park, drainage, connectivity into the city centre as well as offering a modernised play area, which reflects the area’s cultural history and stories.”

Kulim Park currently has no formalised shared pedestrian and cycle pathway and this section is the missing link between the Harbour Drive and Beach Road shared pathways.

“As we aim to create a more connected city with a network of shared pathways for cyclists and pedestrians, it is important to establish this valuable connection.”

To address these concerns and other community feedback, Tauranga City Council will deliver the following improvements at Kulim Park:

“Thank you to everyone who gave their feedback on this project. We had feedback from ages right across the board, which helped to create these plans.”

For more information on the upgrade, visit the webpage.

Construction at the park will begin in late August. It is expected there will be a blessing/opening before Christmas, depending on weather conditions and material availability.