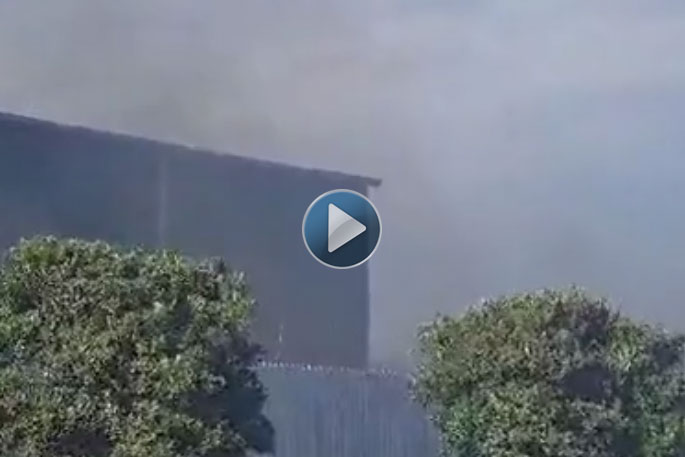 Smoke can be seen coming from the site. Supplied video and photo.

Waste Management has been evacuated this morning following reports of a rubbish fire.

A SunLive reader has messaged us on Facebook to say there is a rubbish fire at Waste Management in Truman Lane in Mount Maunganui.

“There are two fire appliances. The site has been evacuated.

“The fire appears to be outside and there is no noticeable building damage.”

A Fire and Emergency New Zealand spokeswoman confirms they are attending to a “small rubbish fire” near the Waste Management site on Truman Lane.

“The fire is outside the building which is good,” she says.

“Three appliances have attended the scene and are working to extinguish it now.

“Everything appears to be in hand.”