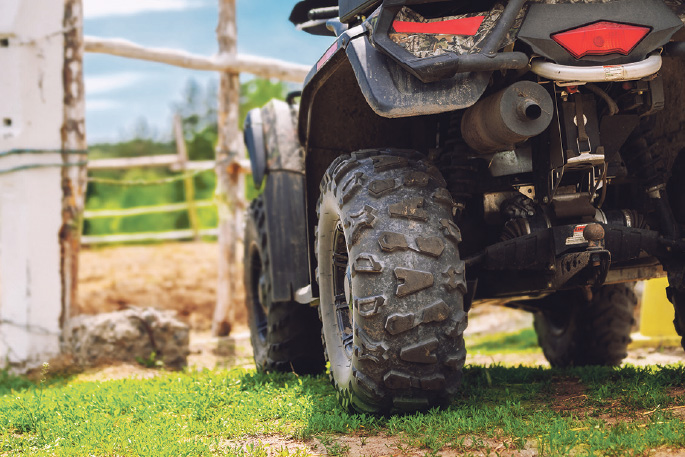 The sentencing of two companies after the death of an employee, has prompted a reminder about the importance of maintaining quad bikes.

The reminder that regular servicing and proper maintenance of quad bikes can save lives comes from WorkSafe New Zealand.

It comes after the sentencing of two businesses in Timaru District Court on August 5.

Dairy Holdings Limited and Coryston Limited were sentenced under the Health and Safety at Work Act 2015 following the death of their employee in September 2019.

The employee, Stacey Rodgers, died as a result of crushing injuries that occurred during a quad bike roll-over.

A WorkSafe investigation found that the condition of the quad bike was consistent with an ATV that had been in regular use but had not been serviced for a prolonged period.

The quad bike’s brakes, steering, suspension and front bull bar/bumper were all in need of servicing or repair.

The investigation concluded that the quad bike was not fit for use in a farming environment as it was in need of mechanical repair.

“There are far too many preventable quad bike accidents happening across New Zealand. This is another tragic reminder that farm vehicles such as quad bikes must be regularly serviced and adequately maintained,” says WorkSafe area investigation manager Steve Kelly.

On average, five people die in work related quad bike accidents each year and many more are injured. Most quad bike injuries and fatalities are caused by the quad bike rolling over.

WorkSafe provides a range of tools and resources for businesses using quad bikes. A strong recommendation is that businesses consider installing crush protection devices on the back of quad bikes.

ACC offers a cash back offer on CPDs, and WorkSafe urges operators to take advantage of the offer.

“A CPD is a simple and valuable way of keeping users safe,” says Steve.

“While the companies had purchased a CPD for the quad bike involved, this was not installed at the time of the accident. However, the poor maintenance and servicing of the machine would still have exposed users to significant risk.”

“Dairy Holdings needed to have developed, implemented, monitored and reviewed an effective safe system of work for employees operating the quad bike at Coryston Farm. Coryston should have ensured the quad bike was properly serviced and maintained.”