Efforts ramped-up to get NZers out of Afghanistan 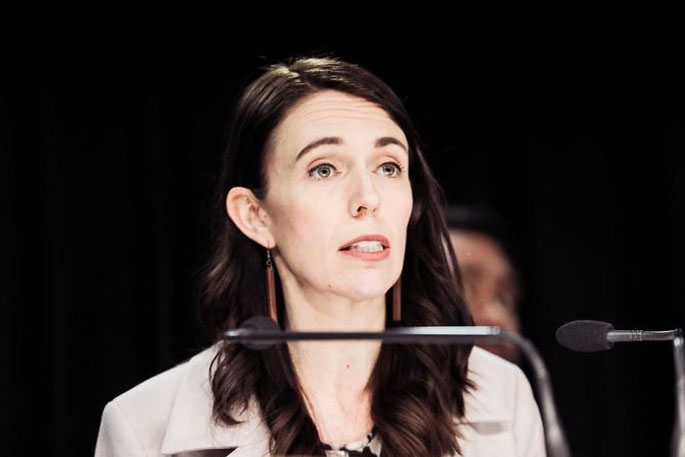 Prime Minister Jacinda Ardern says work to get New Zealanders out of Afghanistan has ramped up, as commercial options become unavailable.

Taliban militants have secured control over all major cities in Afghanistan.

Yesterday, the Ministry of Foreign Affairs and Trade said it was aware of 17 New Zealanders who are in Afghanistan, but Ardern says that number is now believed to be closer to 30 when citizens and family members are taken into account.

"The Ministry of Foreign Affairs and Trade have been actively trying to contact those that they believe may be in Afghanistan and working to get people out, previously there have been commercial options for people to leave on if they're able to get to the point of departure, that will increasingly, if not already, no longer be an option."

She says that is when the government will step up the work it is doing to try to get them out.

Ardern says the situation is moving fast and quick decisions will need to be made in terms of those New Zealanders in Afghanistan.

"That is something we've been working on, as you can imagine, in a very changeable environment for the past, wee while and is something we will continue to work on."

"There's also for us ... the additional consideration of those who may have who may have historically worked to support the New Zealand Defence Force or who may have been on the ground over many years in Afghanistan their safety situation, so that's also something we're moving as quickly as we can on."

Ardern says New Zealand has been working with partners to try and determine a safe passage for these New Zealanders, but would not give details about which other countries had been approached.

"There will be security issues around me giving much more detail than I've given now, but I can tell you we are working at the highest level alongside our partners to support those New Zealanders who may be on the ground."

Cabinet is meeting today to consider whether New Zealand can evacuate Afghanistan nationals who supported our military efforts there. The situation is urgent, with civilians lives believed to be in danger.

A small group of people who were not eligible for the Afghan interpreters package in 2012 have now made contact with the New Zealand government, Ardern says.

She says fewer than 40 people have identified themselves as having worked alongside New Zealand forces, but the majority of these cases are historic and they were not eligible under the previous National government's "interpreter package".

Ardern says at that time, they were not seen as directly affected or at risk from the Taliban but the current situation has changed dramatically.

"It was basically interpreters at that time who were brought over as they were considered to have the strongest, or face to strongest risk at that time, there were others who weren't eligible for that who have subsequently made contact. Cabinet will be discussing today what more needs to be done to ensure the safety of those who are directly connected to them."

Ardern says they will need to ensure these people are in fact working directly alongside the New Zealand Defence Force and that will be considered by Cabinet today.

She says it is too soon to look ahead with the international community to what will be done regarding the Afghanistan situation.

"We're quite focused on the security situation on the ground right now, getting those who need to get out out, and doing what we can to support those who supported us, so that's our immediate consideration I think then we'll be looking over the horizon to what next with the international community."

Ardern says it's devastating to see what is happening in Afghanistan now, but that does not diminish the roles of those New Zealanders who served there.

"Everyone makes the best decisions they can at the time they're made ... and in the environment in which they're made and all I would say to our New Zealand troops who were in there, they would have seen for themselves the difference that they made at that time."

I cannot disagree with you that there IS a risk... (Degree of risk aversion is a personal thing...) But I did smile at your comment regarding the PM; despite my heartsickness with her over the destruction of our Democracy (which I’m still hopeful reason will prevail on...) , I don’t think for one minute that she never thought about the risk you identified. Even in the unlikely event that she didn’t, there are advisors who would have made it very clear very quickly. She’s doing a good job with Covid, but I still want her and her Government gone... (Unusual for me; I usually make that decision on Election Day...)

I hear what you’re saying. Whether ther the risk is low or high, there is a risk. The Taliban are ruthless and very good deceptors. If we are going to bring Afghan Nationals fearing for their lives and that of their families back to NZ well blood is thicker than water. Especially when they want friends and loved ones safe in Afghanistan. Part 2 of that is that the Taliban will stop at nothing especially when it comes to revenge and NZ ’harboring’ Afghan nationals that have in effect risen up against the Taliban is a risk that as you say, our SIS are going to have to be switched right onto. Unfortunately I do not believe Jacinda would think of such a risk le alone mitigating it. She would merely nod her head, smile and say welcome to Covid19 free NZ.

Let's hope it's not to late and fatal

Once again the government seems to be sleep walking into this. The Americans signed the withdrawal at the beginning of the year but the government never seems to have contingency planning. The Taliban have moved swiftly but this was on the cards . Seems like it will be to late to do anything for the hapless people who were help us and allies. Mass execution of entire extended families seems to be a tool used by the Taliban . I shudder to think and pray NZ vacillation will not cause the death of these people

I understand your concern regarding undesirables slipping in with the people we are trying to help. But I believe the risk is low. Taliban are fanatical. They would never consider helping "the enemy" (except possibly as spies) and the people who really were helping us will have documented time with our forces. Background checks would have been stringent on these people before they could ever be employed. Above all, it would be apparent very quickly whether their hearts and minds were with the Taliban or not. I know it is not impossible, but I believe that, realistically, it is a very low risk. (Besides, you can bet that SIS will be keeping an eye on anyone who comes in, at least for a while...)

... and people who have helped our people, cannot be now abandoned. If local Afghans put their lives on the line to work with us, then their extraction should be a priority. The Taliban is a reality and whether they "stole" Afghanistan or it is the will of the Afghan majority, the best we can do is what the PM says is already happening. I don’t believe a state founded on religious extremism will have any future in the long term, and people there have now had a taste of western democracy which, with all its faults, has to be better than fanatical Shariah... Afghanistan is an anachronism which, for now, has succeeded in turning back the clock to the Middle Ages. The best we can do right now is get our people out and let the clock resume ticking forward.

Does anybody think proactively

How many months ago did sleepy Joe announce the removal of all military forces from Afghanistan...? Our response was obviously "let’s wait and see what happens".... The way this collection of disparate misfits have acted from day one. Can’t wait to hear the excuses

Better Late Than Never I Suppose

This should have been ramped up months ago as the US announced their withdrawal. I hope every person will be stringently vetted that they are not associated in any way with the Taliban before being allowed back into NZ.