From Gremlin to Diamond 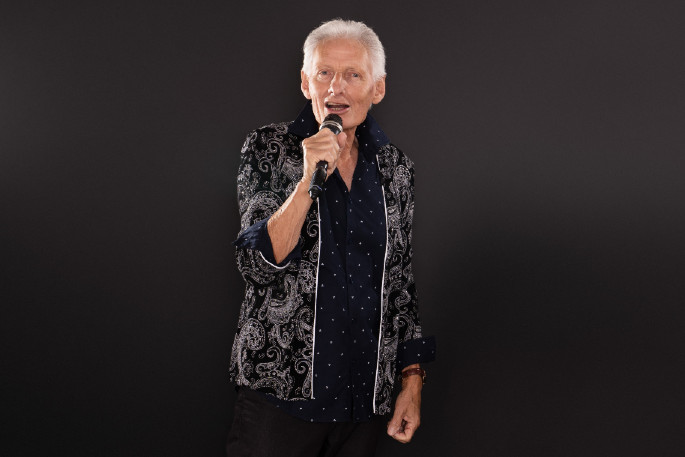 A leading figure in New Zealand music, Glyn Tucker has brought his talents to the BOP.

It seems the Bay of Plenty is quite the hotspot for New Zealand music legends.Glyn Tucker Jnr, ex-producer, record label owner and the lead singer of 1960s hit-makers The Gremlins, has called Katikati home for about a year.

The band’s hit single, The Coming Generation, was number two on the New Zealand Hit Parade charts in 1966–second only to The Beatles’ Yellow Submarine.
Glyn’s music career continued for more than 50 years, and he was part of several bands before founding Mandrill recording studio and a record label of the same title, later renamed Reaction.

“Living in Katikati, we’re closer to more surrounding towns compared to when we lived in Ruakākā, which provides great opportunity for live music,” says Glyn.

It was only a few years ago that he decided to play music again, starting with guitar.

“At the studio we worked with some incredibly proficient singers – Jacqui Fitzgerald springs to mind,” he says.

“I never wanted to sing again because I knew that I couldn’t get anywhere near what they did.”

But with a pending hip replacement hindering his retirement activity of choice – golf – he began taking on songs from his mother’s old music books.

“I stumbled into playing Frank Sinatra, and thought ‘with a bit of work, I could probably sing these’.

“I soon realised that his vocal range is very similar to Neil Diamond, so I started doing Neil Diamond shows.”

For the ‘Divas’ part of the show, Barbie’s performances will include Cilla Black, Barbara Streisand and Dusty Springfield.

Glyn says there’s an appetite amongst the older generation to hear hits from the earlier days, which he says is very different to what plays on the radio nowadays.

“Many songs today repeat one very simple idea, and I often think all they need is a good bridge to become great. There is so much talent out there.”

Modern artists that do please his producer’s ear include local legends L.A.B, and Six60.

Diva’s and Diamonds debuted at a local retirement village, which Glyn says was a great success.

“In my generation, we never knew that we’d still be here at this age.

“The Who’s My Generation says ‘I hope I die before I get old’, but now that we’re old, we don’t really want to die – we want to keep enjoying life.”

Divas and Diamonds tickets can be purchased at the Baycourt box office, or by calling: 0800 Ticketek.