The high price of living with cancer 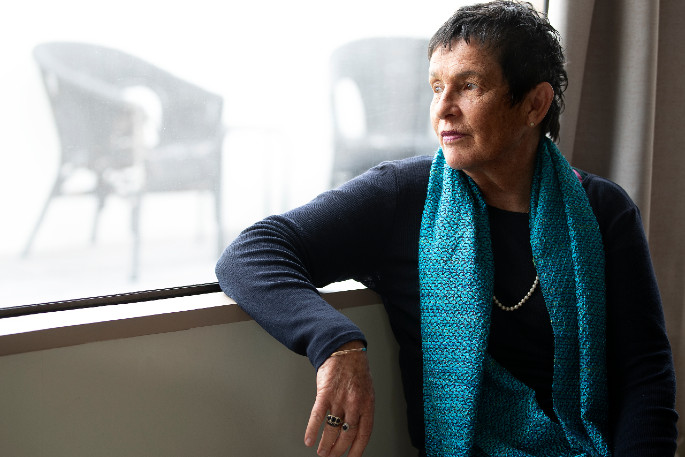 The Tauranga woman has late stage ovarian cancer and the money is used to fund the drug Bevacizumab, better known by its brand name Avastin, which is keeping her alive.

Avastin isn’t funded by Pharmac, the Crown entity that decides which medicines and pharmaceutical products are subsidised for use in the community and public hospitals

Pharmac is considering formally declining a funding application for the drug because it has been inactive since 2015. This is when the Pharmacology and Therapeutics Advisory Committee and the Cancer Treatments Subcommittee recommended the application be declined.

Pharmac’s director of operations, Lisa Williams, says advisors considered the quality of the evidence.  Along with Avastin’s high cost, the unapproved dosing regimen proposed by the supplier made it difficult to recommend for funding.

Cure Our Ovarian Cancer NZ founder Jane Ludemann says Avastin doesn’t work on everybody, but the organisation wants Pharmac to fund it to give women and oncologists more options.

Pharmac has just held public consultation on whether the drug should be formally declined and COOCNZ and Talk Peach Gynaecological Cancer Foundation have made a submission opposing the decline.

A decision about Pharmac funding Avastin is expected in the next few months, depending on the feedback received, says Lisa.

Keeping it at BOP

Margaret says Avastin is fending off her cancer, and if she stops taking it, it will be a life sentence.

“At the moment, I don’t feel like I’m on a life sentence,” she says. “I’m still alive, but once I don’t take Avastin the options will be really limited.”

She is funding the treatment through cashing in her KiwiSaver and a life insurance policy after the cancer forced her to stop work at the age of 62.

“I was really careful with my money and now that’s all going, but I’m still alive,” she says.

She wants to see Avastin funded by Pharmac so woman don’t continue to die at a higher rate than in other countries, such as Australia, where the drug is funded.

In New Zealand the five year survival rate for ovarian cancer is 37 per cent – some five per cent less than Australia.

In January 2018, after suffering with pain and a swollen belly, Margaret went to the doctor but never expected the diagnosis to be stage four, high grade serous ovarian cancer.

Margaret thought her need to pee in the night was down to her having had four children. She says the problem with ovarian cancer is woman are used to dealing with cramps, periods and menopause, so don’t think symptoms may be more serious.

There is no preventative screening for ovarian cancer, and a blood test and ultrasound are used for diagnosis.

Jane says it’s a common misconception that cervical smears will detect ovarian cancer, but they don’t.

Ovarian cancer is the fifth-most common cause of female cancer death.

Running out of options

After her diagnosis, Margaret underwent six rounds of chemotherapy and had surgery to remove the larger tumors. A year later, in 2019, she needed chemotherapy again but this time she reacted to the chemo and it became platinum resistant.

“That was when the specialist said your options are beginning to get limited,” she says.

The specialist advised she try Avastin in combination with another drug. She had weekly treatments for 15 weeks.

Now her life revolves around three weekly Avastin treatments, which cost around $2000 each time.

She can have these for as long as they keep working, and has money in place for them until next year.

“The specialist says I can stay on it as long as it’s working,” says Margaret. “Well, how long is that going to be?

“I just do my life goals six months at a time. The next one is to get to Christmas, then have some money for next year. It’s too much stress otherwise. It’s too big and it’s too scary.”

Now 66, one of Margaret’s goals was to make it to 65 and get a SuperGold card. The other was to build a house in Ohakune with her children.

That dream is no longer possible and she may need to sell her section there to pay for further treatments.

“Usually I manage to be positive and lead a simple life,” she says.

Mother to four children, her first grandchild was born a week after she was diagnosed, and Margaret jokes that they were bald together. She is looking forward to the birth of another grandchild in November.

“I don't have a great bucket list or anything. I think you would, if you were younger,” she says wistfully.

“I just want to see my kids and my granddaughter.”

No how you feel.Feeling very sorry for you.I have just been given a quote for my terminal cancer that Pharmac wont fund.This drug must be in the country as a private clinic has it.Like many others there is no time to hang around waiting for Pharmacs descision,our government dont care about us.We dont have medical insurance and just left to our own vices.

This article gives us a glimpse at the reality behind people who need non-funded medication. Margaret’s is a heroic story but it is told with quiet dignity. The decision that has to be made by Pharmac is a dreadful and terrible one; it simply isn’t possible to fund every medication that we would want to see funded. But it MIGHT be possible to fund some more than is already the case. (God knows, Government WASTE enough money on political projects...). The Health System is always going to be consuming endless funding and the best we can do is prioritize the spending on it. EVERY case where people’s lives are at stake because we can’t provide the treatment they need, is a tragedy. Even if we can’t afford the treatment on an ongoing basis, maybe there could be some cases where financial assistance could be provided ad hoc?