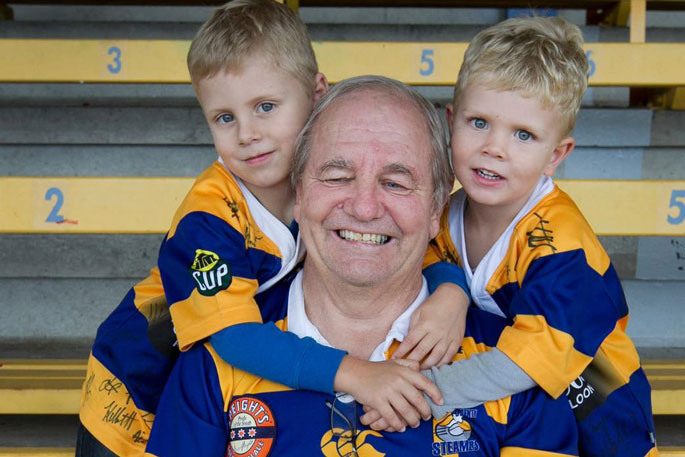 People are mourning the passing of a man who has been described as well-loved and well respected in the Tauranga community.

The Bay of Plenty Rugby Union announced the passing of former All Black and Steamers player Greg Rowlands on Sunday.

“It is with a heavy heart we inform the passing of former Bay of Plenty fullback Greg Rowlands,” reads the post on Facebook.

“Greg will be sorely missed by all of us in the Bay of Plenty community.

“Sending our love Brent and the Rowlands family.”

Family and friends will gather at Tauranga Sports Rugby Club on Thursday, August 19, at 1.30pm to farewell Greg.

Rowlands was born in Rotorua but was schooled at Tauranga Boys' College.

He played for the Otumoetai Cadets club and made his Bay of Plenty senior representative debut in 1969 as a first five-eighth.

His career took off with a switch to fullback a few seasons later, with his attacking prowess and bravery belying his 1.70m, 74kg frame.

"His background as an inside back gave him considerable skills and he was also a lively attacker as well as an accurate goal kicker,'' rugby journalist Lindsay Knight wrote of Rowlands on the NZ Rugby Museum website.

Rowlands' standout year came in 1976 when he played an integral part in Bay of Plenty winning the inaugural NPC for the first, and so far only, time in the union's history.

Rowlands scored all the points - from a try and two penalty goals - as Bay of Plenty beat Hawke's Bay 10-7 in their final game to clinch the title by two points from Ranfurly Shield holders Manawatū.

His goalkicking proved pivotal to their success, but it was Bay's talented attacking backline that set them apart that season, resulting in Rowlands, Mark Taylor, John Brake and Eddie Stokes being selected for the second string All Blacks' tour to Argentina under Graham Mourie’s captaincy.

He got the nod at fullback over Canterbury's Richard Wilson for the two unofficial test matches against Argentina.

That proved his last involvement with the All Blacks, but Rowlands served Bay of Plenty for a further five seasons, captaining his province in a 23-16 defeat to the touring British and Irish Lions in Rotorua in 1977.

After retiring, Rowlands worked in broadcasting, serving as a regional general manager for the Radio Network and as an expert rugby commentary analyst.

His family told the NZ Herald in 2016 that Rowlands had been suffering from Alzheimer's Disease for at least 18 years.

Rowlands is the second Bay of Plenty rugby stalwart to die this month.

Former Crusaders and Chiefs lock Mark Weedon, who played for Bay of Plenty between 1986 and 2002, died last week, aged 53.

Our sincere condolences to all of Greg’s Family. He was a gentleman and the best employer anyone could ever wish for. Elly Maynard and Family.