Heavy rain, snow and severe gales for parts of NZ 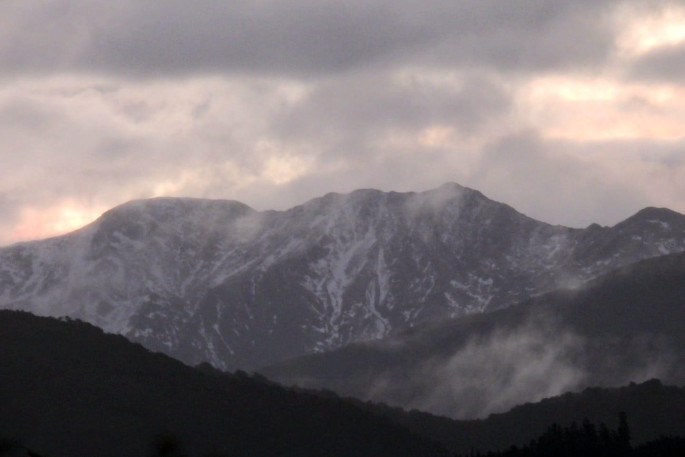 Sunset over the Tararuas in the Wairarapa. Photo: Warren Cameron

A few fronts, embedded within an unstable westerly regime, affect New Zealand during much of this coming week. Heavy snow is also expected about parts of South Island.

MetService advise that confidence of warning amounts of rain is high about Westland, Buller and western Nelson on Tuesday and early Wednesday, while confidence is moderate about the Tararua range, the area from Mount Taranaki east across to Tongariro National Park, and the eastern ranges of Bay of Plenty.

During Tuesday, snow is expected to affect higher inland parts of Otago and Canterbury, and there is now low confidence of snow reaching warning amounts from the Queenstown Lakes District to the Mackenzie District. It is however considered likely that large amounts of snow will affect areas above 1000m.

"Confidence for northwest winds reaching severe gale is high over Marlborough, Wellington and Wairarapa during Tuesday, moderate for the area from South Taranaki eastwards to Hawkes Bay and Gisborne, while the remainder of the North Island, parts of Nelson as well as Canterbury High Country have low confidence," says a MetService spokesperson.

A series of active fronts embedded in disturbed westerlies are forecast to affect New Zealand from late Sunday through early Wednesday.

These fronts are expected to bring periods of heavy rain and strong winds to parts of southern and central New Zealand.

Watches and warnings for heavy rain and severe gale winds are in force for many places.

People are advised to stay up to date with the latest forecasts.

A heavy rain watch has been issued for the ranges of Bay Of Plenty east of Whakatane. This is valid for 14 hours from 4pm Tuesday to 6am Wednesday. The Metservice is forecasting periods of heavy rain and rainfall accumulations may approach warning criteria.

A heavy rain watch has also been issued for Taranaki about and north of Mount Taranaki, also Taumarunui and Taihape including Tongariro National Park. This watch is valid for 14 hours from 5am to 7pm Tuesday. Periods of heavy rain are forecast with rainfall accumulations that may approach warning criteria.

A heavy rain watch has also been issued for the Tararua Range and is valid for 12 hours from 6am to 6pm on Tuesday.

A heavy rain watch has also been issued for Westland north of Otira which is valid for 32 hours from 3pm Monday to 11pm Tuesday. Periods of heavy rain are forecast and rainfall accumulations may approach warning criteria.

A strong wind watch has been issued for Wairarapa, Wellington and Marlborough about and north of Ward and is valid for 14 hours from 10pm Monday to 12pm Tuesday. Northwest winds may approach severe gale in exposed places.

A strong wind watch has been issued for the Canterbury Plains including Christchurch and is valid for six hours from 6pm Monday to 12am Tuesday. Northwest winds may approach severe gale in exposed places.

A strong wind watch has been issued for Southland including Stewart Island, Central Otago and Southern Lakes which is valid for eight hours from 10am to 6pm Monday.  The threat of severe gale west to southwest winds for Stewart Island has now passed.

This watch now covers the possibility of northwest winds rising to severe gale in exposed places.

Between Wednesday and Thursday, a few eastern areas of the North Island and South Island have low confidence of severe gale northwesterlies.

On Friday, a ridge of high pressure is expected to move onto the country from the west and no severe weather expected at this stage.