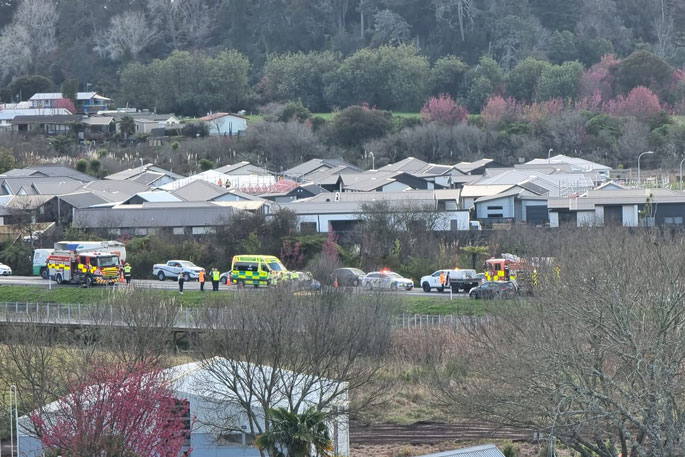 Emergency services at the scene of the crash. Suppplied photo.

"Police were notified at 2:47pm of a two-vehicle collision on SH29A," says a police spokesperson.

Police confirm that Fire and Emergency as well as St John have also attended the scene.

An update from Waka Kotahi suggests the road blockage is now clear.

EARLIER 2.50PM: Emergency services are responding to a two-car crash on State Highway 29a, near Poike.

A caller to the 0800 SUNLIVE news hotline says traffic is backed-up between Welcome Bay Road and the Poike roundabout.

"People should avoid the area if they can.

One person is reported to be trapped.

Fire and police are at the scene. 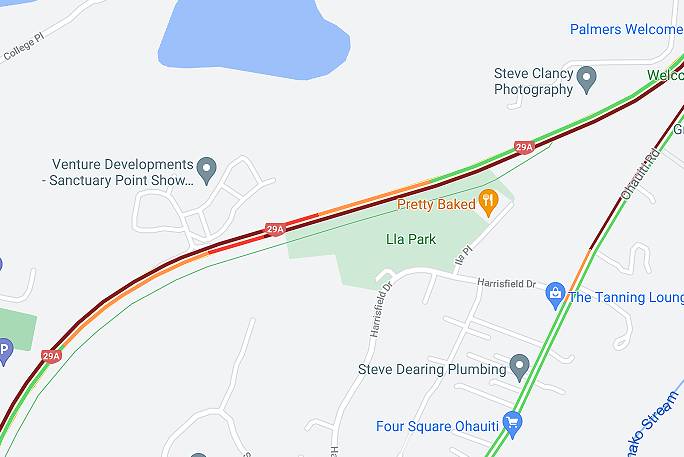 Waka Kotahi NZTA state westbound lanes are blocked on a section of SH29A between the Poike Rd and Welcome Bay Rd.

"Motorists are advised to pass the scene with care and expect delays." 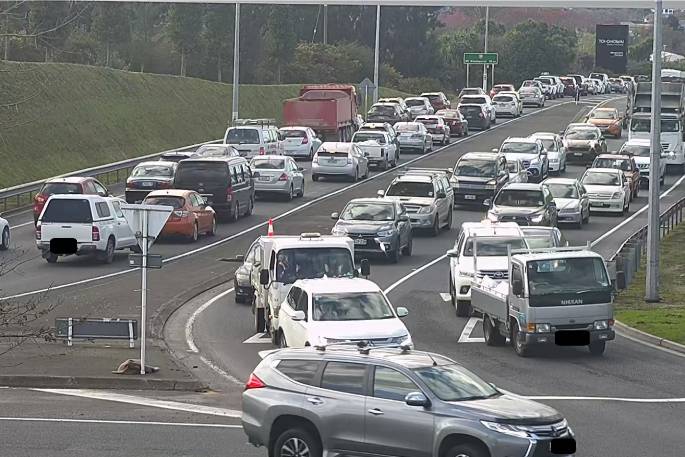 Traffic is backed up at the Poike roundabout due to the crash. Photo. Tauranga City Council.