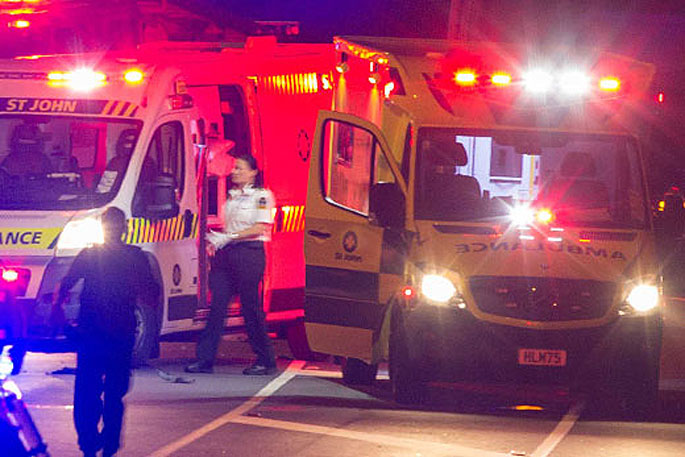 Emergency services were called to the crash just after 3am. File photo/SunLive.

One person is in critical condition and another has been seriously injured following a crash near Papamoa this morning.

Emergency services were called to a single vehicle crash at 3.15am.

A police spokesperson says a car had reportedly gone into an island on Sandhurst Drive on the flyover.

“The two occupants have been taken to hospital, one in critical and one in serious condition.”

Anyone with information about the crash, and who haven’t already spoken to police, can contact their nearest police station.

Alternatively, information can also be phoned in anonymously via the Crimestoppers 0800 555 111 line.

Non-emergency information can be called into the police’s 105 number.