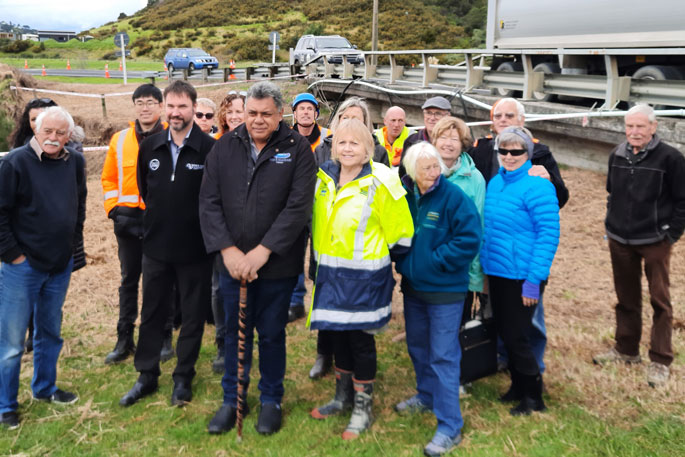 A small blessing, led by local Kaumatua Joe Davis (Ngāti Hei), was held at the construction site of the Graham’s Stream footbridge on Monday morning, before the crew dug their first hole, says a statement from the Waka Kotahi Transport Agency.

“We told the community back in June the footbridge was on its way, so it’s great to be starting the construction,” says Waikato System Manager, Cara Lauder.

“The footbridge will allow for safer journeys for walkers and cyclists in Tairua, especially during busy holiday periods.”

Currently, pedestrians and cyclists must use the existing single-lane bridge, which is shared by state highway traffic.

The suspension footbridge will sit approximately five metres downstream of the existing bridge and will include a path across the berm to connect it with the road.

The public will be notified when the bridge is officially opened for use.

So simple compared to a crossing at Bayfair.