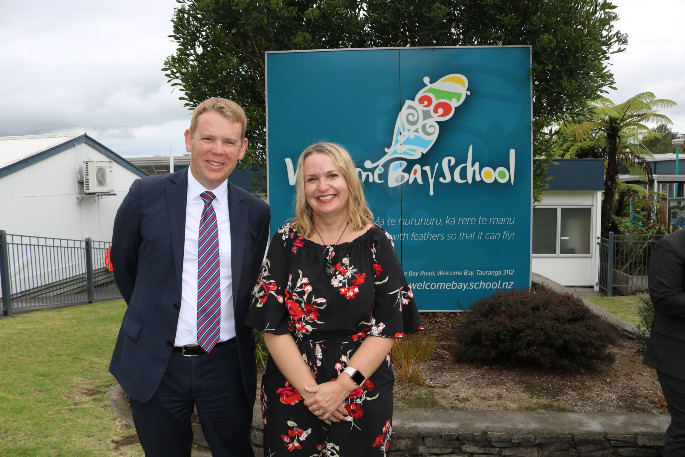 That is according to Education Minister Chris Hipkins.

An evaluation of the pilot programme has been released today. It is based on data from 38 schools and almost 2,700 students in two regions. Changes were measured over the first 2-3 months of the pilot.

“The interim report shows that the school lunches programme is improving food security and mental wellbeing, especially for our most disadvantaged learners. It also improved diet and nutrition for all students in the programme.

“The report shows that food in schools is making a big difference for those students who need it most – and their whānau. This backs up what many teachers, principals and parents are telling me, and my colleagues, about the differences they are seeing in the classroom, at home, and to the family budget.”

The school lunches pilot programme ‘often achieved more than what was expected in the initial two to three months,’ and benefits were ‘greater’ for the most disadvantaged learners, the evaluation report says. The pilot also showed ‘very good progress towards addressing hunger’, as well as ‘progress towards improving well-being,’ according to the report.

The report says the pilot showed:

·         ‘large gains’ in mental wellbeing by the most disadvantaged learners

·         improvements for learners, on average, in terms of their overall heath quality of life, as well as in their physical and emotional functioning

“I agreed with the report that ‘more time’ is needed to measure the programme’s broader impacts across more schools before conclusions could be drawn on its longer-term effects,” says Hipkins.

“A review of 216 food in schools’ programmes in 52 low- and middle-income countries found, for example, that providing a nutritious lunch is one of the few education relevant interventions that show a positive impact on enrolment, attendance, completions, and learning. A Swedish study found it took several years before some changes became statistically significant. Ministry of Education officials also tell me it takes around six months for students to adjust to the taste and content of the meals on offer.

“Over time, we believe that New Zealand’s free and healthy school lunches programme will deliver education gains for many students, in addition to the nutritional, hunger reduction, and wellbeing gains that they are already experiencing according to the report.”

Planning for the evaluation of the expanded lunches programme is underway. This will seek to track the progress of larger numbers of the most disadvantaged learners, as well as the wider benefits of the programme, including to local economies. It will also seek to incorporate the voices of whānau, iwi, and the wider community.

There are now 875 schools with around 205,000 students receiving free and healthy lunches, and the programme is estimated to have generated around 1,980 jobs since its inception.

I hear you. We have no choice. The days when parents actually took responsibility for their kids getting to school, with shoes and a nutritious lunch, seem to be over. There was a time when simple family pride would have ensured the kids got what they needed, even if it meant a beer or two less for the Old Man. As an affluent nation, we can’t just let the kids starve. Be content that a couple of thousand people find employment in it...