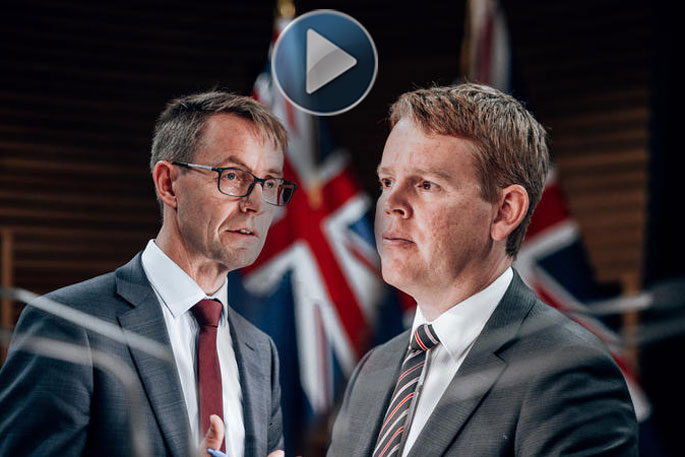 UPDATE 1.25PM: The Ministry of Health has confirmed that the crew infected with Covid-19 onboard the Rio De La Plata had the Delta variant.

In a statement released this afternoon, the Ministry of Health says Whole Genome Sequencing of 11 crew aboard the Rio De La Plata has now been completed by ESR.

“The results confirm eight crew are infected with the Delta variant.

“The samples of the other three cases failed to return a result.”

An MOH spokesperson says all Port of Tauranga who were associated in some way to the Rio De La Plata container ship, have now returned at least one negative test.

Additional test results required for some port workers have also come back negative, although six results are pending.

The Ministry of Health says regarding the crew of the Rio Del La Plata, crew members aboard remain asymptomatic.

“The vessel was granted port clearance under normal maritime process to depart the country.”
The Whole Genome Sequencing results of the crew are linked to the Queensland pilot, who became infectious after being onboard the ship, says the MOH.

“ESR’s assessment is that the pilot was likely infected from the ship and is consistent with Australia’s working hypothesis of the source of infection of the Queensland Pilot.”

More than 127,000 Māori have received their first vaccination. Of these, almost 79,000 have also had their second vaccinations.

“Around 86,000 doses have been administered to Pacific people. Of these, more than 53,000 have also received their second doses.

There are no cases of Covid-19 to report in the community today, reports the Ministry of Health.

“There are two new cases of Covid-19 to report in recent returnees in managed isolation facilities, since the Ministry’s last update yesterday.

“Two previously reported cases have now recovered, with the number of active cases in New Zealand at 37.”

Since January 1, there have been 116 historical cases, out of a total of 730 cases.
The seven-day rolling average of new cases detected at the border is four.

Covid-19 Response Minister Chris Hipkins and Director-General of Health Dr Ashley Bloomfield are giving an update on the novel coronavirus and vaccines.

Earlier today, the government released the advice it received on reopening New Zealand's borders, compiled by a group lead by Sir David Skegg.

The advisory group was adamant border restrictions must remain in place until the vaccine roll-out was complete.

However, the group did not specify what a completed rollout looked like.

You can only dodge so many bullets before you get taken down.

Hipkins says Delta variant is causing more hospitalisations and death. Demonstrably not true. The WHO figures show this. More contagious no doubt.

It’s not over lol

I think what he means is that for NZ it’s not even started. UK, Germany and co are going to stop even testing people unless they show up at hospital, which is extremely unlikely if vaccinated. There really is no need to live like frightened hermits after vaccinations. We cannot keep printing money to paper over the cracks. We need to get back to business.