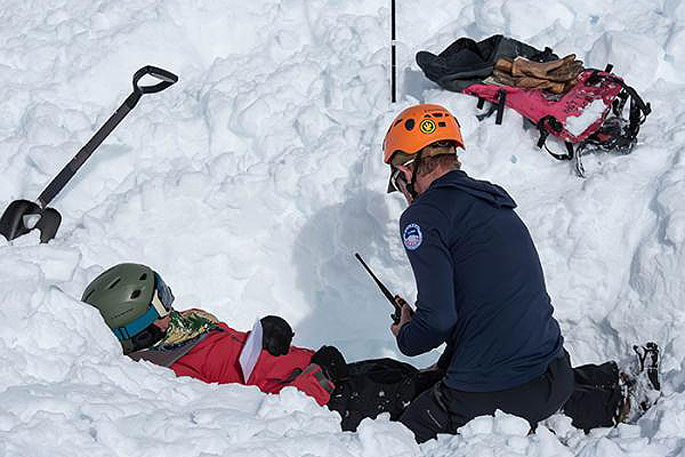 When mannequins were located they were swapped out with a real person who role played injuries and medical conditions. Photos: NZ Police.

Police search and rescue teams are taking advantage of the snow to get some specialised training in.

Taranaki and Whanganui-Ruapehu Police Search and Rescue teams recently partnered with other agencies, including our invaluable SAR volunteers, for a two-day avalanche training session. 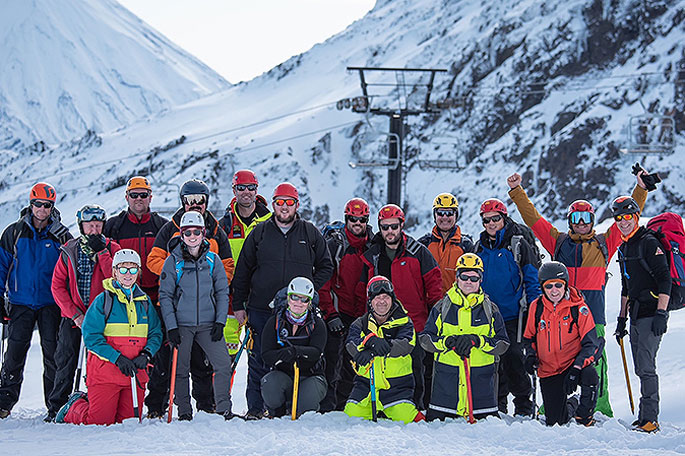 The Taranaki and Whanganui SAR teams take a moment for a quick snap.

National Park Senior Constable Conrad Smith was one of the local staff who took part in the training and captured all of the awesome photos you see here and in the carousel, above.

"The Saturday consisted of training in National Park for the Incident Management Team members, while the field teams trained in the latest search techniques up on the mountain," says Conrad.

The Aoraki/Mt Cook ACR team briefing all the participants prior to the exercise starting.

"The training was led by the Aoraki/Mt Cook team at both locations and we all benefited from their professional experience."

On Sunday, everyone got to put the previous day's learning into action with a big avalanche site which hid 11 buried mannequin victims at various depths and locations - all with different levels of detectability to test the various search techniques. 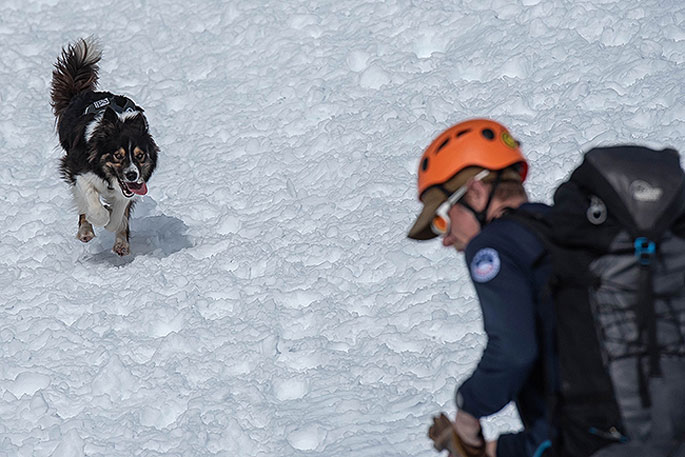 When the mannequins were located, they were swapped out for a team member who role played injuries and medical conditions.

"There were fantastic learnings all round and while we train hard in the rescue scene, the best option for everyone is to not get caught at all," says Conrad.

"If you are into travelling in the backcountry get some avalanche education, get on a course, get the right gear and then get out and enjoy our amazing backcountry much more aware and a bit safer."