One arrested in Tauranga armed callout 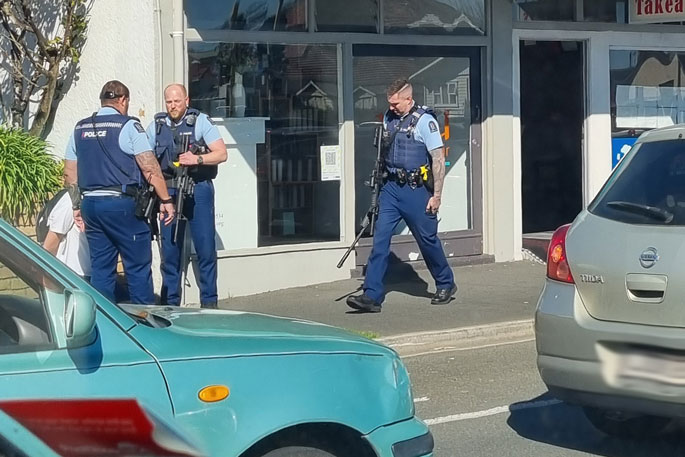 UPDATED 1.31PM: One person is in police custody following an armed police callout in Tauranga.

A police spokesperson says they were notified of a firearm being sighted on Fraser Street, near 15th Ave, at 12.57pm.

"One person was taken into custody," says the spokesperson.

"It looks to have been an air-gun."

Police say there were no reported injuries or further issues.

Armed police responded to the call as a precaution. 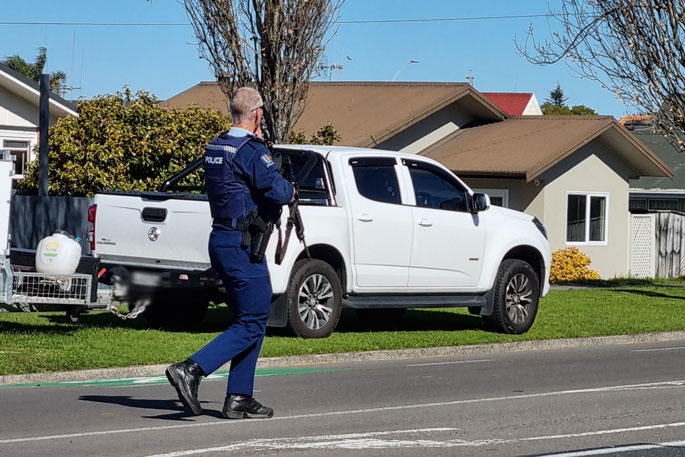 Reports are coming in of a large police presence near 15th Ave.

A caller to the 0800 SUNLIVE news hotline says there are a number of police units on Fraser Street, near 15th Ave.

They say police are also stationed further up Fraser Street.

People are advised to avoid the area.

A SunLive reader has emailed in to say: "Three cops in blue with large guns just jogged past my house."

Another caller says they saw police with what appeared to be M16 rifles heading towards Fraser Street from Tauranga Boys’ College.

They say the police were heavily armed and swapping weapons from the back of a police vehicle.

“It looked like they were playing cops and robbers.”

Who walks around with an air gun these days unless they are up to no good. A bit risky if you ask me. The police should have put one in his/her backside to tech them a lesson.