Classic cold fronts on the way 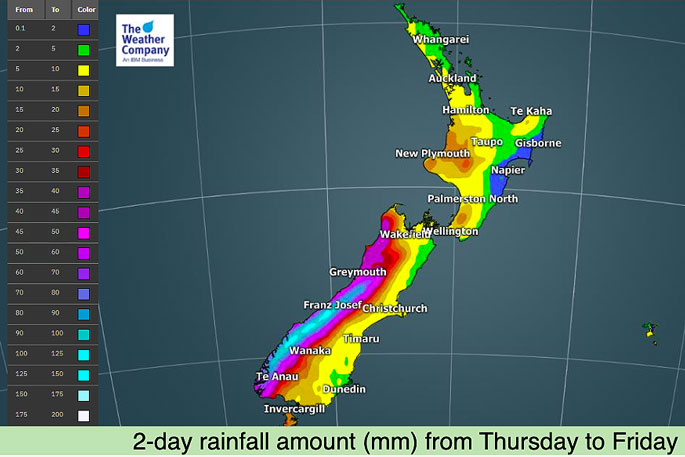 A rainfall map prediction for the end of the week. Image: WeatherWatch.co.nz

New Zealand’s weather is returning to the more classic variety with a couple of cold fronts on the way later this week and weekend.

"Rain will be heavy at times on the West Coast with rain warning potential possible – but the rain will be falling in the places it usually falls, like Fiordland and South Westland in particular.

"Eastern and northern parts of NZ don’t look as wet with low accumulation over the coming days."

The weather organisation says snow will be heavy as well, especially this weekend as the colder of the two fronts moves through.

"This may dump 50 to 70cm of snow on the Southern Alps in some locations and the alpine highways may have some disruptions.

"There may also be another period of lighter snow into the North Island’s Central Plateau this weekend (Desert Road/SH1 and maybe Napier-Taupo Highway/SH5 could be impacted for a time)." 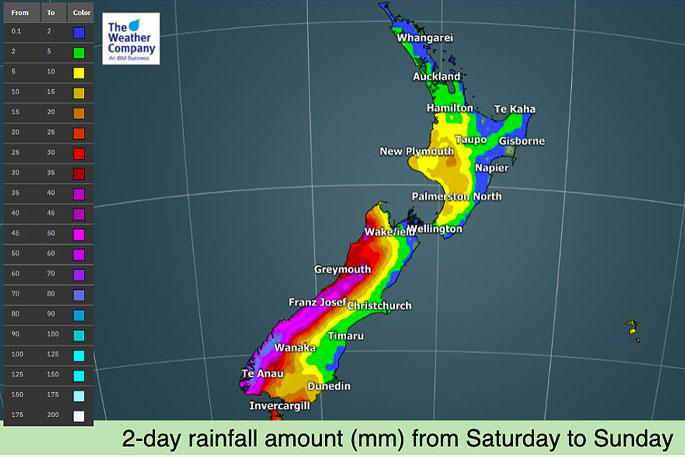 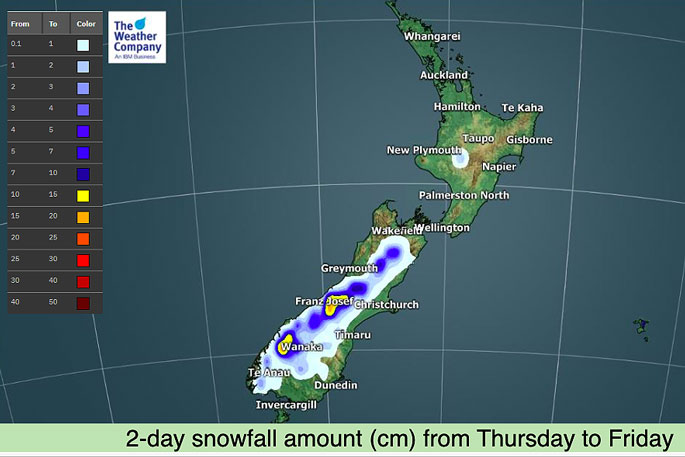 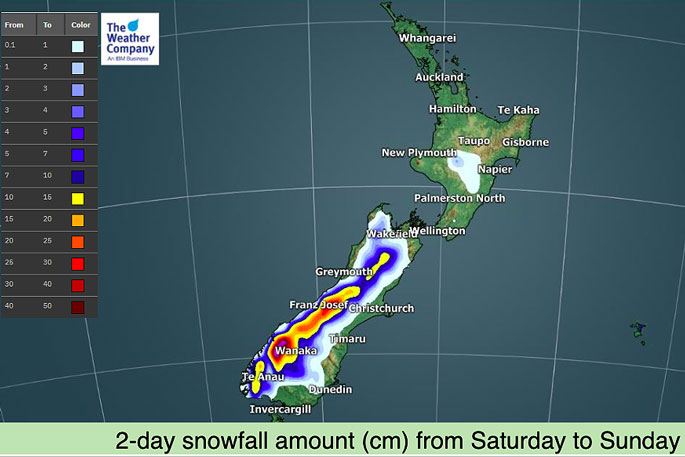