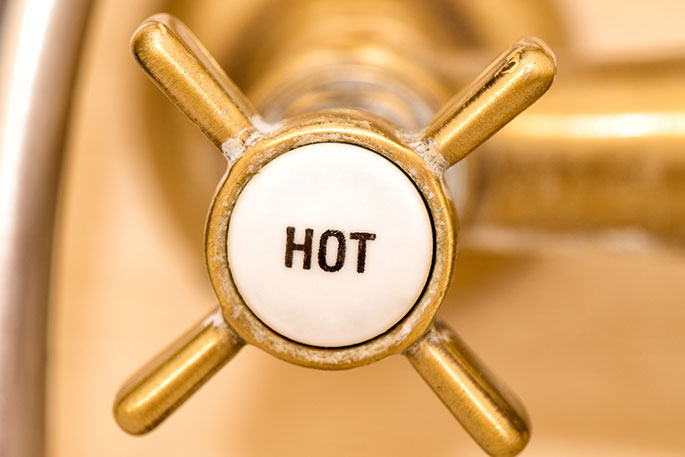 People are being urged to minimise their hot water usage this morning,

Bay of Plenty residents are being warned to keep their hot water usage to a minimum this morning, as hot water systems could take longer to reheat after use.

This is the message from Powerco which is proactively managing hot water systems across its electricity network areas this morning.

National Grid operator Transpower has issued a notice to lines companies, of which Powerco is one, signaling insufficient electricity generation to cover this morning’s peak power use.

“There’s been no request to reduce load on the national grid at this stage,” says Powerco service delivery and systems operation general manager Karen Few.

“We are, however, being proactive and managing controlled hot water systems to help lessen the load on the National Grid and avoid the need to disconnect customers.”

Customers will still have hot water, but Frew advises customers keep their hot tap use to a minimum as hot water systems could take longer to reheat after use this morning.

Last evening, Powerco responded to a Transpower request for electricity lines companies nationwide to reduce load on the national grid.

Controlled hot water systems across Powerco’s electricity network areas were temporarily switched off to reduce network load and avoid the need to disconnect any customers.

In a statement this morning, Transpower says the outages occurred as record demand coincided with insufficient generation which resulted in the need to reduce demand to maintain system security.

“We apologise to everyone who was affected last night. It is fair to expect electricity to be there for people when they need it most, especially on one of the coldest nights of the winter,” says Operations general manager Operations Dr Stephen Jay.

“Last night, demand over the evening period reached record levels of around 7100 MW between 6pm and 6.30pm.

“Unfortunately, there was not enough generation to meet demand. As a result, Transpower had to ask all the local lines companies and large industrial users to reduce demand to help keep the system in balance.

“Beyond temporarily cutting power to hot water cylinders, some customers were disconnected.

“Together with the sector, we will work to understand why there was not enough last night, to avoid a repeat.”

Under normal circumstances there is typically more generation available in the system so that it can cope with high demand as well as the potential for other faults.

“With the widespread cold weather, we had been looking ahead to the evening peak throughout the day,” says Jay.

“We expected things to be tight due to some major generating units being unavailable and signalled to the market that other generation was required, and that demand should be voluntarily reduced where possible.

"Unfortunately, this is what came to pass. The prompt action of local lines companies and others in reducing demand helped keep the system in balance and prevented even wider problems.

“Problems such as last nights are very rare indeed and we will now be working with the sector to do all we can to avoid a repeat.”

Well yes, these are unprecedented times. Get real, it’s 2021 not 1921. As morepork clearly states, it should be a NEVER event. A lot of downplaying and excuses.

...should be "NEVER" event. Like, we can’t predict power demand and cover it?