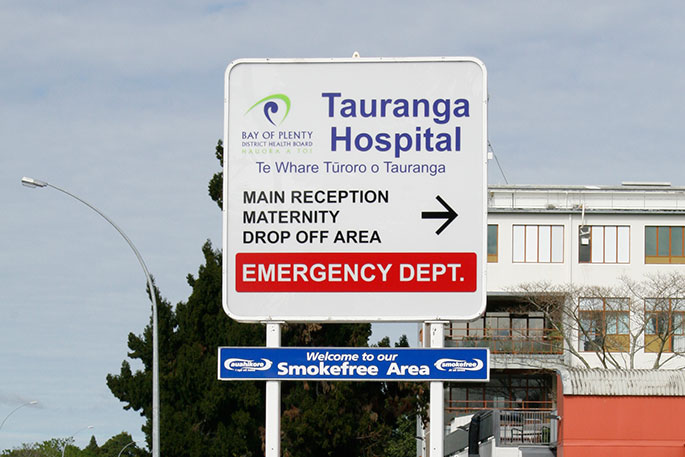 No pregnant women will be turned away from hospitals in the Bay of Plenty this week, despite midwives in the area taking strike action.

Midwives in the region strike today, after mediation with DHBs failed to reach an agreement over pay.

Picketing will take place outside of Tauranga Hospital on Cameron Road from 11am as part of national rolling strike action, which began in Auckland and Northland on Monday.

The strike will take place from 11am until 7pm, with picketing in place until 1pm.

BOPDHB director of nursing Julie Robinson says the safety of women is of paramount importance throughout the strike period.

“We respect the midwives right to strike and are continuing to negotiate with them,” says Julie.

“This will impact on both Tauranga and Whakatāne hospitals.

“Here at Bay of Plenty DHB, we are taking this seriously and the safety of our wāhine/women and their pēpi/babies is the most important thing to us.

“No women will be turned away from our delivery suites.”

“If you are hapū/pregnant, we wanted to let you know that on that day access to maternity care will be as it normally is”

She says transport to and from BOPDHB maternity units will run as normal, Life Preserving Services are being agreed with the union to keep everyone safe during the strike action and that they “take the impact of this strike action seriously” and that “contingency planning is well underway”.

Joining the Bay of Plenty in strike action on Tuesday are midwifes working for DHB’s in Waikato, Lakes, Taranaki, South Canterbury and West Coast districts.

The strike action covers only DHB midwives who are employed on the MERAS Agreement, which the BOPDHB confirm covers the majority of their midwifery workforce.

Jill Ovens, co-leader of MERAS, the union for around 1500 DHB-employed midwives, says the problem is there is limited ability to negotiate because the DHBs’ advocates are not the decision-makers.

“The DHBs’ advocates have no mandate to move beyond an offer that has been through several layers of bureaucracy to be approved,” says Ovens.

“It is so frustrating, and must be very difficult for them.”

She says that among those who make the decisions, such as the DHBs’ Chief Executives and Ministry of Health officials, there is no sense of urgency to address the critical shortage of midwives in DHBs.

“As we know from the contingency planning for life preserving services over the past week, DHBs are operating at minimum staffing levels and in some cases, unsafe staffing levels,” Jill says.

“This puts midwives at risk, and it puts the women and babies of New Zealand at risk. It is not acceptable.”

DHBs made withdrawal of the rolling strikes a condition of the union bringing the offer to members to vote on.

They also insisted upon agreement that MERAS would not ballot for, or issue, any further strike notices in August.

“Our negotiating team would have considered this, had we been able to negotiate a proposed settlement that we could recommend to members,” says Jill.

“Sadly, that was not the case.”

She says midwives are mindful that the cost of living is currently 3.3 per cent as they have experienced big increases in housing costs, petrol and electricity costs, and food prices.

“The flat rate pay increase on offer not only fell short of CPI, but we were expected to accept a 27-month term with no backpay for the six months since the Multi-employer Collective Agreement with the 20 DHBs expired.

She says the latest offer would have been worse than the $1200 plus $1200 flat rate increases that members have already rejected.

“This was over two years and would have meant our members would have been $2400 better off this time next year. So of course we said ‘no’,” Jill says.

Caroline Conroy, MERAS co-leader, says the DHBs have not responded to the proposal by MERAS for a retention allowance to encourage midwives working in DHBs where there is a high proportion of vacancies – most DHBs in the country.

“This was discussed extensively at our last MECA negotiations and was rejected by the DHBs at the time. Immediately after we settled, some DHBs implemented retention allowances outside the MECA,” says Caroline.

“Several more DHBs have either implemented retention allowances or they are currently working on proposals to do so.

She continues, stating the union’s proposal was for an allowance based on agreed vacancy levels, with an additional allowance to encourage DHB-employed midwives to increase their FTE.

MERAS say they were offered interim payments for the pay equity claim, based on the work done so far to assess the extent of the undervaluation of midwives.

Caroline says MERAS supports these payments in principle as a party to the Midwifery Pay Equity claim, which has taken much longer than expected to conclude.

“The pay equity negotiations will result in a significant increase in midwives’ salaries during the term of the MECA and so midwives might as well receive some of the funding that has been set aside by the Government, now, as opposed to waiting until we get a final pay equity settlement, which could be some way off,” she says.