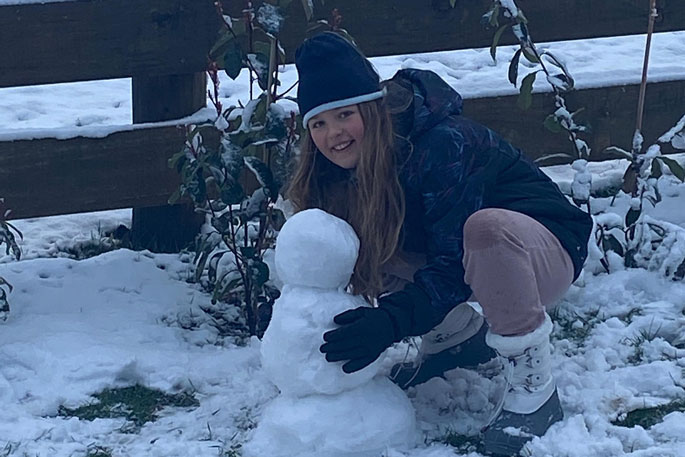 Snow falling in parts of New Zealand is providing the opportunity for people to show off their photography skills.

Photos sent into SunLive today show people making the most of the white stuff.

A number of roads have been closed due to the snow, including the Desert Road in the Central North Island.

WeatherWatch.co.nz says Monday is peak cold across New Zealand but on Tuesday, a milder wind bounces back, lifting daytime temperatures above average to parts of the country.

"The sudden swing back to mild was forecast and illustrates the overall westerly set up NZ has at the moment, which bulldozes any cold southerly changes away much faster."

For Monday snow will continue across the central North Island and the eastern ranges but snow flurries will become more isolated, says the weather organisation.

"A few isolated snow flurries will clip the South Island but with the air drier there any accumulation will be low, isolated and not widespread." 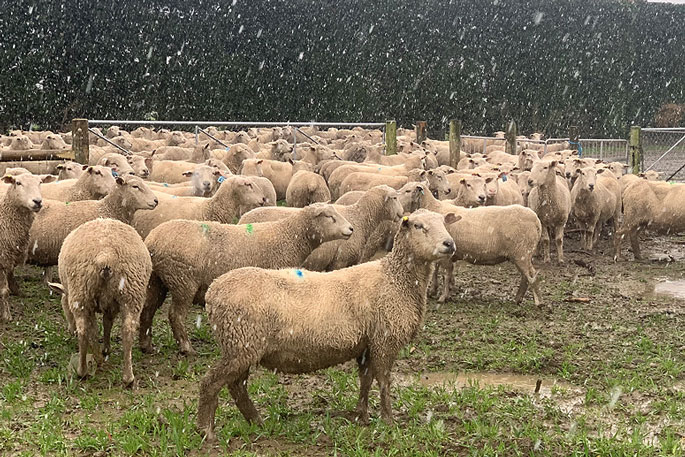 Lambing ewes in the snow on Sunday. Photos: Joe Catherwood.

Southerly Gales are impacting the southern and eastern coastlines of the North Island, especially the east from Wairarapa to northern Hawke's Bay (with Mahia Peninsula most exposed to damaging gusts this morning), says WeatherWatch.co.nz

"Winds ease later today and overnight but blustery conditions may linger in the eastern coastal side into Tuesday morning."

Temperatures today will be well below normal by several degrees in many places at the warmest point of the day.

"Overnight tonight many will drop below zero with frosts in areas that have light winds.

"On Tuesday westerlies start to move in with milder conditions returning - and by Wednesday it gets even milder for many regions as westerlies pick up.

"Tuesday may still feel cold to people but compared to what has historically been recorded at this time of year it's leaning milder than that." 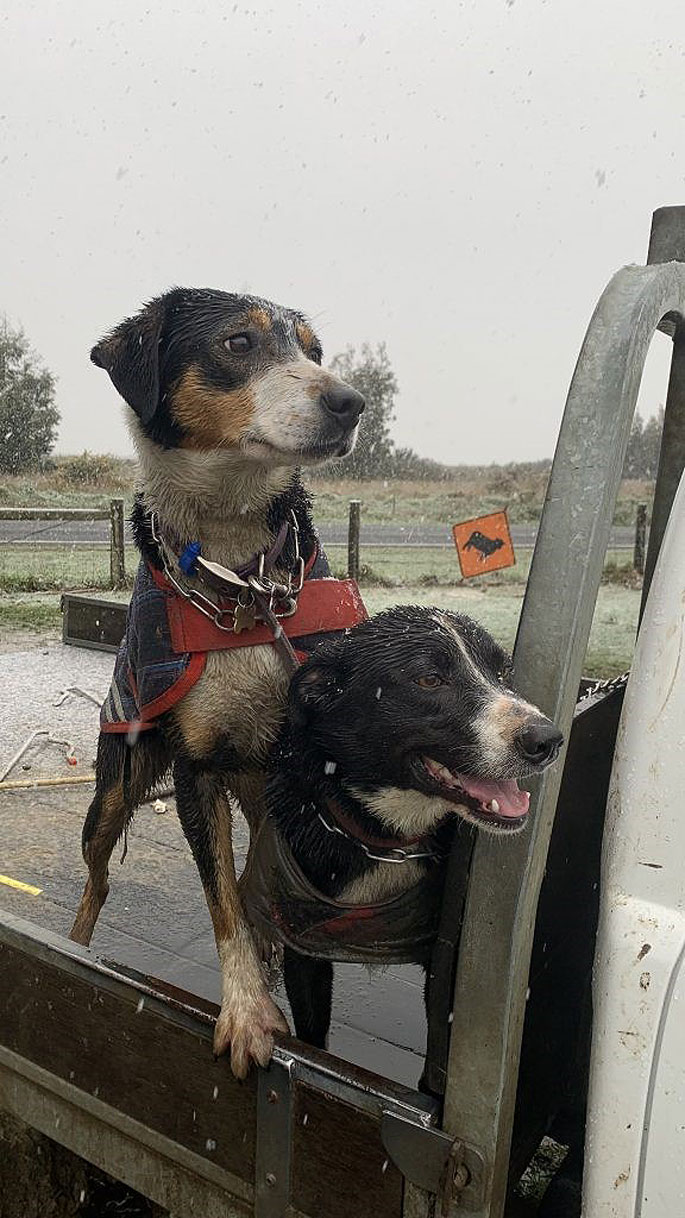 Showers across parts of NZ today but heavy rain comes back into the West Coast mid week as the next system moves in - which will be more westerly driven, says WeatherWatch.co.nz

Will be tough on newborn lambs and calves today. Please visit RuralWeather.co.nz for hyper-local windchill numbers where you are today.