Number of train collisions fall by 40 per cent 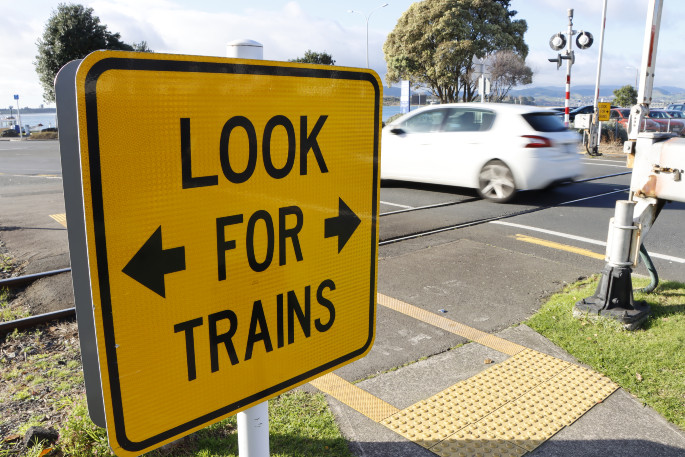 Despite a drop in the number of collisions and near misses, Kiwis are being urged to be more alert around trains than ever before.

The number of collisions and near misses with people and vehicles have both fallen by more than 40 per cent over the last four years.

But with Government plans to invest in rail and create jobs as part of the Covid-19 economic recovery plan, there will be more trains running in the coming years, says Transport Minister Michael Wood.

The warning comes as part of Rail Safety Week, which starts today.

“A single death or serious injury is one too many. Over the last decade, 163 people have died in collisions with trains. Behind each statistic is a person, with whānau, friends and colleagues.”

The number of collisions with vehicles at road level crossings has more than halved from 29 in FY2018 to 12 in FY2021.

“Collisions with trains are avoidable. Whenever we cross the rail corridor we all need to be alert, obey signs, warning bells and barriers, and take the time to check for trains,” says Wood.

“The Government is continuing to make level crossings safer with more than 70 level crossings upgraded around the country since 2018. These are improving safety in our urban centres and regions, and more upgrades are being planned.

“It’s appropriate this year’s Rail Safety Week campaign is aimed at raising rail safety awareness in rural areas given TrackSAFE NZ’s research has found that the majority of collisions with trains happen in provincial and rural areas.

“With around 3000 level crossings throughout New Zealand, we all have to take care and be patient so we can get home safely at the end of the day,” says Wood.

The Government says it’s delivering on its commitment to revitalise rail and create jobs.

This includes re-opening the Wairoa to Napier line; construction underway on a third main line in Auckland (Wiri to Quay Park), electrification to be extended from Papakura to Pukekohe; future rail stations at Drury to support housing development; future-proofing and building Auckland’s City Rail Link; bringing the rail line north of Auckland back up to scratch to help move freight; getting 15 new electric trains onto Auckland’s growing network; and starting Te Huia – the Waikato to Auckland commuter service.

It also includes kicking off work towards a Palmerston North Regional Economic Growth Hub; double tracking the rail line between Trentham and Upper Hutt; saving the Wairarapa line from deteriorating with critical maintenance work; and bringing in new wagons and trains to replace aging assets.

Also included in the Government’s commitment is an investment in essential maintenance work across the rail network, enabling KiwiRail to take on around 150 new track staff, including a pipeline of trainees; and developing domestic workshops in Dunedin and Christchurch to create local jobs, youth training opportunities, and rebuild expertise.