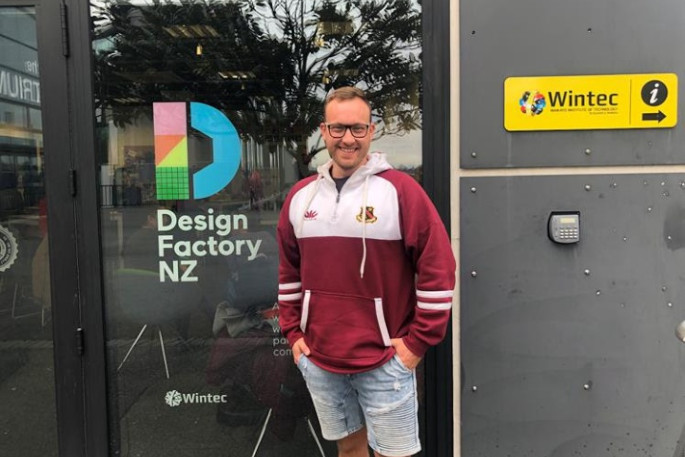 A lack of male influence in early childhood education has inspired a Wintec student to create a book about restoring mana in men.

Master of Applied Innovation student Grayson Newton-Smith has first-hand experience of the stigmas attached to the profession for men, and as an early childhood educator he wants more people to understand why it’s important that males occupy this space.

“The idea that we need more men in early childhood education has followed me around my entire career,” says Grayson.

His research has prompted the creation of a children’s storybook that “reawakens the kind, caring and nurturing mana that men have.”

Inspired by his father and his Sāmoan grandfather, Grayson has benefited from having “amazing male role models” in his life, and his Masters project is looking at an innovative way to encourage more males to pursue careers in early childhood education.

“Patriarchy and western gender roles have suppressed that inherent nurturing mana in many of our men,” he says.

“My research is looking at ways to reawaken that mana in the rangatahi of our next generation. The mana men bring is very important to the lives of young children.”

His goal is to “move away from toxic masculinity and empower boys to express their emotions and feelings”.

“I would love to get the book published and for it to be used as a teaching resource for early childhood education,” adds Grayson.