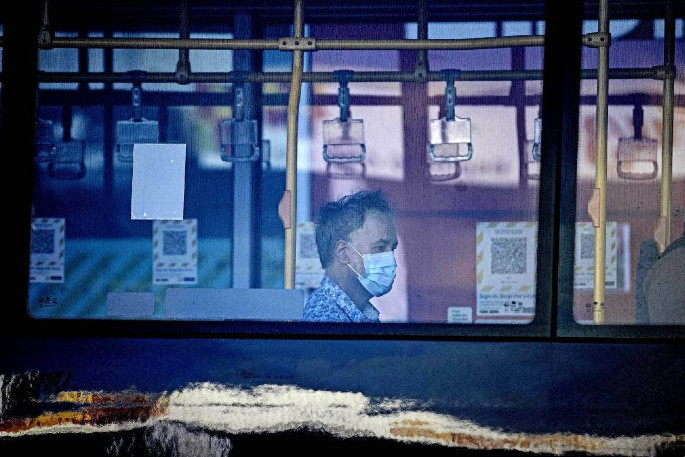 There are 2.9m registered users of the Covid Tracer App, but data shows only about 300,000 devices are active on any one day at the moment. Photo: Lawrence Smith.

New Zealanders will have to accept the risk of going back into lockdown before the year is up with the Delta variant looming, an expert says.

New Zealand has enjoyed a Covid-free existence for months, and has so far been spared an outbreak of the highly infectious Delta strain which has spread to more than 132 countries.

This week, Covid-19 Response Minister Chris Hipkins warned Delta has “materially changed” the risk of the virus. Contact tracing alone is “unable to get ahead” of the variant and restrictions are “absolutely necessary to stamp it out”, he says.

The warning comes as there have been two separate PPE breaches involving Covid-19-positive patients in Auckland in the space of just one week.

Health officials announced on Friday that a health worker is regarded as a casual contact of a Covid case due to issues with their PPE while transferring a patient from the Jet Park quarantine facility to hospital.

It comes after a Middlemore Hospital staffer was put in quarantine as a precaution last week due to a “PPE protocol incident” while dealing with the Covid-positive UN worker who was medevaced to Auckland from Fiji late last week.

The circumstances of these breaches are not yet known, nor whether the infected people have the Delta variant – however, Delta is the dominant strain in Fiji. 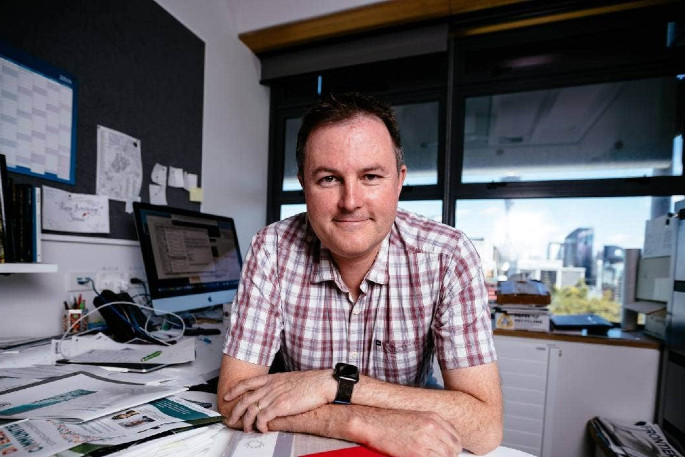 Professor Shaun Hendy says until New Zealand’s vaccination coverage is higher, an outbreak of the Delta variant would likely require a level 4 lockdown to bring it under control. Photo: Abigail Dougherty/Stuff.

University of Auckland Covid-19 modeller Professor Shaun Hendy says at the point Delta is discovered there could already be “several hundred” potential cases due to increased infectivity – creating a “massive challenge” for contact tracers.

Data shows New Zealanders’ use of the Covid Tracer App is waning. On average just one in ten people are using it daily, fewer than 300,000 of 2.9 million registered users.

About half of registered users (1.4million people) have Bluetooth tracing on, but QR code scan figures hover at about 500,000 per day.

When a Covid-positive traveller from Sydney spent a weekend in Wellington, less than 20 per cent of the 2600 people potentially exposed could be traced.

“By the time you figure out you’ve got a problem, the chances are it’s too big to deal with [through contact tracing] alone,” says Hendy.

This puts the emphasis back on having to use lockdown, particularly given our current vaccination coverage, he says.

New Zealand currently has about 15 per cent vaccination coverage. While this “certainly starts to help”, it is unlikely to “change the game” until about 50 per cent of people are vaccinated, Hendy says.

Until the country reaches that level of coverage “we would need to be thinking about alert level 4” in case Delta cropped up in the community, he says.

As Delta becomes the dominant strain worldwide, most cases at New Zealand’s border will be this variant.

While having border workers and their families vaccinated will help lower the risk of a snarl-up, “there’s always an element of luck – no system is perfect”.

Roughly speaking, the Delta variant has “balanced out” the added advantage of having the workforce vaccinated, meaning we are looking at “similar levels of risk” of a border breach as last year, he says.

Epidemiologist Professor Michael Baker agreed, saying an “intense lockdown, as fast as possible” would be needed in case of a Delta community outbreak with no clear link to the border.

Baker said there were a number of things New Zealand could be doing to prepare as Delta looms, as it is “still not doing some of the basic things right”.

This included making it a requirement to scan in at high-risk locations such as bars, nightclubs and gyms, and introducing mandatory masking in certain circumstances – which many countries have been doing since last year.

The Prime Minister previously indicated QR code scanning could be mandatory in high-risk situations like bars and restaurants – such as done in Queensland, where the burden falls on venues and proprietors – as well as mandating face coverings at alert level 2 or higher in certain high risk locations.

Hipkins this week said Cabinet was yet to make a final decision about this, but that one was impending.

Baker also suggested changing focus from the older age band groups in the vaccine roll-out to essential workers, such as supermarket staff, who are vulnerable in the event of a level 3 or 4 lockdown.

Bringing them “to the top of the queue” would fix a “major loophole”, he says.

Countries such as Taiwan – which went from 600 cases a day in May to fewer than 20 daily – show Delta outbreaks can be contained, but it often takes longer to achieve and is more disruptive, Baker says.

“Prevention is by far the best approach.”

I commented weeks ago about the UK study that said the sweet spot between Phizer doses was 8 weeks. It was a peer reviewed large sample study from Oxford University. NZ could have, and should have, switched straight to an 8 week gap then. It would have enabled about an extra 500,000 to get the first jab, as well as prolonging immunity by increasing the gap. I didn’t realise it takes 4 weeks for scientific data to reach NZ. And even though Sir Ash is now aware of it, they will all still fanny around thinking it over for a while. Useless.

Yes the point of the vaccine and getting as many as possible done is to reduce the severity of the illness , subsequent load on hospitals that already struggle without the pandemic. Doesn’t stop transmission from what is observed but maybe less infectious . Any event we need more vaccinations as England and other countries have proved . Not gone away but not the levels previously . Our government have been so slow

and accepted overseas that the vaccine doesn’t stop you getting it, or being infectious it just reduces the severity in most of those who still catch it. How trained health workers can cock up PPE use so badly, and how Maritime NZ is still able to OK a Pilot to board a vessel known to be potentially compromised, these are the issues that Govt needs to address. And now Govt finally just caught up with the already documented need for a significantly greater gap between vac doses, bugger about all those they rolled in for #2 at 3 weeks. But they are still faffing about the need for a booster as well.

Many experts think it’s going to happen sometime and so far we have been lucky but if course at great cost. We could have been and should have been much more advanced with vaccinated population but the government missed that bus. Worse the spin about being in the front of supply when in fact we weren’t. Had we paid a mere 40 million premium we would have been months ahead than the 125 in the world.

Easy solution....close the borders to ALL until all who want to be vaccinated in NZ, are vaccinated.