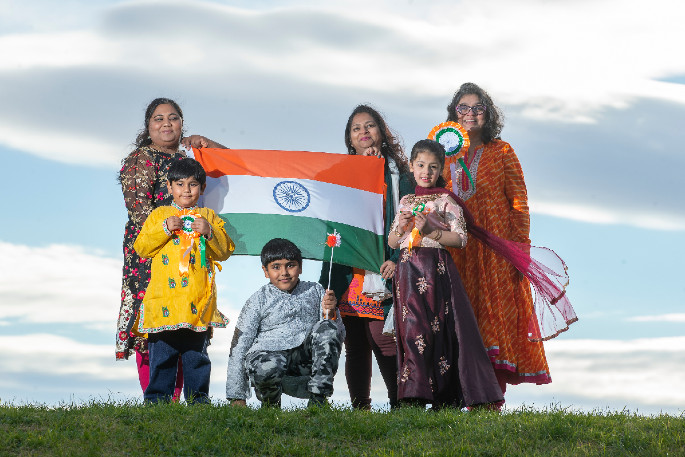 The Bay of Plenty will be pulsing with colour and celebration next weekend as Tauranga’s Indian community celebrate their national holiday and culture with dances, song and food.

The celebration commemorating India’s independence from the United Kingdom in 1947 is held annually in many parts of the world, accompanied by much joy and festivity.

“It is based on non-violence, and protest through peaceful demonstration,” says Rupal.

“This concept of non-violence is very important in today’s context - especially for the younger generation.”

The group will wear Indian traditional dress and the celebration will have an emphasis on singing patriotic songs.

The event, at the Windermere Campus of Toi Ohomai Institute of Technology on Sunday, August 15, will include the raising of the Indian flag, followed by samosas, ladoo and chai tea. There will then be a series of colourful and energetic dances.

Independence Day is observed throughout India, with flag-hoisting ceremonies, parades and cultural events, and is a national holiday. The Indian national anthem, Jana Gana Mana, is also usually sung.

“This is our 74th Independence day,” says Rupal. “The Indian Independence was mainly achieved through non-violence propagated and preached by the great Mahatma Gandhi.”

In India, a year-long celebration will be launched this month to commemorate 75 years of independence, with a slew of programmes and projects showcasing development, governance, technology, reform, progress and policy over the years.

The Indian independence movement from British rule is generally considered to have begun in 1857, with the Indian Mutiny, and gained traction from the 1920s with the influence of Mahatma Gandhi and his policy of peaceful resistance.

India was finally granted independence in 1947 at the same time as Pakistan, which received the Muslim-majority regions on the subcontinent’s western and eastern flanks.

East Pakistan eventually seceded in 1971 with India’s help, to form the modern nation of Bangladesh.

Members of the public are invited to come and join in on this free Bay of Plenty celebration of Independence Day. The event, funded by Tauranga City Council, is being held at 10am on Sunday, August 15, at Toi Ohomai Institute of Technology's Windermere Campus.

Is this at the Windemere Campus? (the same title is applies to Bongard) Thanks

I Don’t Get It

What has India’s independence from the United Kingdom got to do with New Zealand?