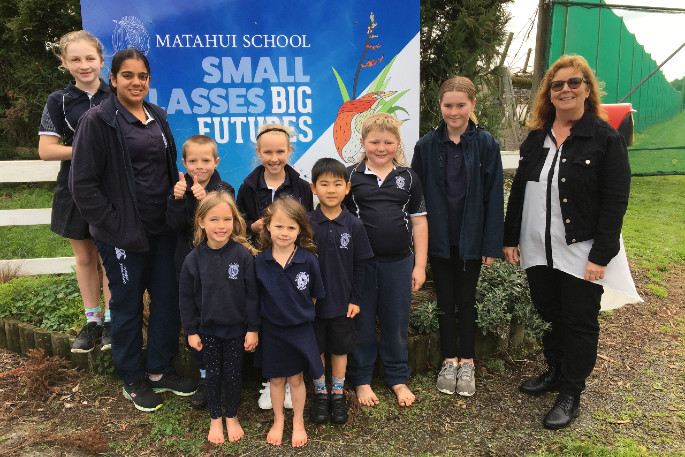 A group of parents and alumni have thrown a struggling Western Bay of Plenty school a lifeline by raising funds that will allow it to stay open while a more permanent plan is put in place.

Matahui School, in Aongatete, faced the prospect of closure earlier this year after low enrollment numbers had a negative impact on its finances.

During term two, the independent primary school revealed that it was struggling to maintain financial viability following the knock-on effects of Covid-19, and would have to close at the end of term three unless urgent assistance could be found.

Following this announcement, members of a working group reached out to the schools’ community – including parents, grandparents and alumni – to help raise funds in an attempt to cover the immediate shortfall.

The parent and alumni group are now working to develop a plan to release funds for a long-term solution.

Principal Mary Woods says Matahui School’s strong sense of community has been clearly demonstrated by the response to this crisis from parents past and present.

“It’s nothing short of amazing,” she says. “We are so humbled by the response from our community and cannot thank all those who have contributed enough – be it financially, with their time, or through their kind words.

“Common themes in some of the responses from parents and alumni is that Matahui has greatly contributed to the success of their children; how Matahui not only provides a more formal education but also teaches children empathy, social responsibility and kindness.

“Also how the school provides an alternative approach for families whose children might struggle in the current educational environment.

“The money raised will provide students with stability until the end of term four, enabling them to continue learning in an environment where they feel safe.”

Matahui School, south of Katikati, is a not-for-profit organisation, with and all fees received contributing to the running and operations of the school.

The school was started 32 years ago in response to one parent’s concern about her child’s wellbeing and education.

Since then, Principal Woods says the school is proud to have ex-students who have gone on to become Olympians, as well as head and deputy head students at college.

“Matahui School aims to provide learning that teaches in a way each student learns best,” she says.

“We place a strong emphasis on education outside the classroom with our forest school and many camps, which help students develop resilience, problem solving and leadership skills.

“Matahui is a place where children’s cultural, emotional and individual strengths are fostered and valued.”