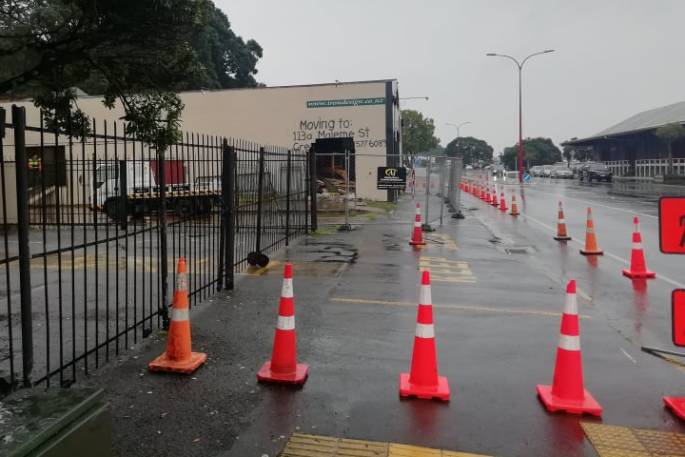 The site of the former Iron Design factory and design shop is set for demolition, with works currently underway.

Tauranga City Council have confirmed that initial works have begun to bring the structure down, with plans to use the land for car parking.

The building at 14 Dive Crescent was issued an earthquake-prone building notice in 2011.

According to the Earthquake Prone Building Register, the building was given until June 2021 to complete seismic work with an earthquake rating of zero to less than 20 per cent. Iron Design have since relocated to Maleme Street.

Due to the significance of repairs necessary to get the building to code, as well as the subsequently high cost to do so, Council decided to demolish the building rather than complete repairs.

“Once the building is demolished, the land will be used for temporary car parking,” says JD Thomas, Tauranga City Council’s manager of Property Services.

“This involves extending the paid car parking area to allow for another 16 parking bays, along with another entrance/exit.”

Previously, the Dive Crescent storage buildings from number 16-24 were pulled down in December 2018.

Other properties along the landward side of Dive Crescent, including those that currently host Fixation Coffee and used to house Makz Gear have also been issued seismic notices.

“Final stages of the demolition are planned for next week Monday and Tuesday,” says JD.

“Preparation for the car park extension will commence after that and will take approximately four weeks.”

Council are not expecting any road issues due to the works with no closures in place. Pedestrians will be diverted to the other side of the road during the completion of the works.

The plan is for the walkways to return to normal as of Wednesday, August 11.

is temporary? 6 months, a year, 5 years, 10 years, a lifetime? We must be one of the few cities in NZ that uses waterfront land for car parking. It’s beyond a joke.

GOOD OLD JD, The whole town will be pulled down soon if GOOD OL JD HAS HIS WAY AND ON TCC PAYROLL.Manager of property works ,my god,my thoughts only on this,Thanks Sunlive 10-4 out. phew.