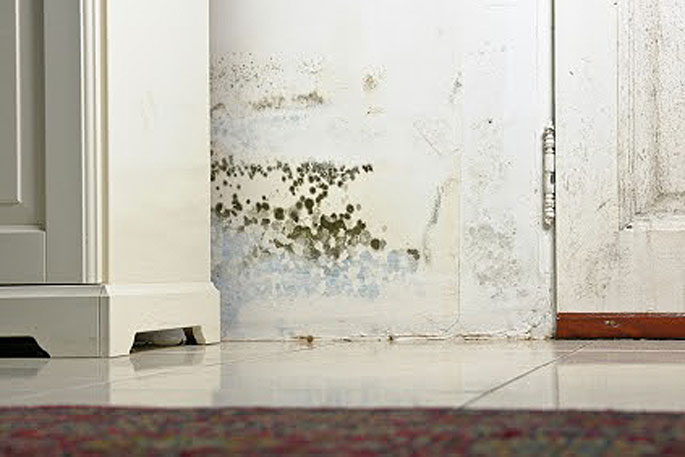 People are being warned to look out for signs of mould growth in their homes. Supplied photos.

Bay of Plenty residents living with allergies and respiratory conditions are being advised to be vigilant in watching for signs of mould growth in their home, with parts of the country experiencing higher than normal rain falls in recent months.

According to the latest NIWA data, winter rainfall has been more than 150 per cent above average for many regions including eastern parts of Northland, inland Bay of Plenty, eastern Waikato, Wairarapa, northern Canterbury, southeastern Otago and western Southland.

In ideal temperature and humidity conditions, mould can grow and germinate within 24-48 hours. The spores can then begin to colonise and become visible in around 18-21 days.

New Google search data shows that August is the most common month of the year that Kiwis will seek out information on ways to remove mould.

A Sensitive Choice study has found almost a tenth (eight per cent) of the 1000 New Zealand survey respondents have an allergy to mould.

The research found the allergen affects twice as many females as males and is also more common among those living in Northland, Auckland, Bay of Plenty, Wellington and the West Coast.

Latest figures also show a 45 per cent increase in the rate of New Zealand children hospitalised with asthma over the past two decades - with around 6000 children under the age of 15 admitted to hospital each year. University of Otago research has also found the presence of mould in bedrooms can cause asthma in children.

He says while new Healthy Homes standards have raised awareness of the need to heat our houses, it is also important to understand the role of reducing moisture levels to prevent mould growth.

“One of the key concerns at this time of year is the potential for mould to trigger asthma symptoms among those living with the respiratory disease.

“Mould produces spores which can be inhaled and for those allergic to these spores it may trigger coughing, wheezing or breathlessness.

“The prevention of mould growth requires a well-aired, ventilated house with humidity levels under 60% however if the fungus is already established, it is important to remove it quickly to prevent spores becoming airborne,” he says.

Furniss says mould can be removed using common household items such as hydrogen peroxide or vinegar.

“Visible mould can be removed by combining one part hydrogen peroxide and 1 part water in a spray bottle. The liquid can be applied to mould and later removed.

“Alternatively, undiluted white vinegar can be sprayed onto the mould. Allow it to sit for an hour then wipe the surface and allow it to air dry,” he says.