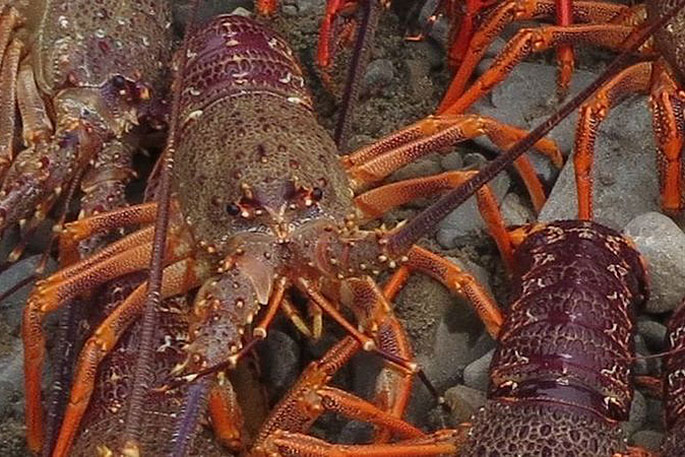 It alleged the ring took 4300 crayfish with a commercial value of over $300,000 from the Mahia area in Hawke's Bay over a seven-month period. File photo.

A number of properties believed to be linked to a major black market crayfish ring have been targeted by MPI fishery officers.

About 80 officers searched eight homes in the Mahia, Wairoa, Whakatane and Kawerau areas, beginning in the early hours of Tuesday morning.

Police officers were also present at some of the searches.

Tuesday’s raids marks the next phase of what has been a six-month investigation into an alleged black market crayfish ring.

“We believe this was a highly organised black-market ring which took in excess of 4300 crayfish with a commercial value of over $300,000 from the Mahia area in Hawke's Bay over a seven-month period,” says MPI Director of Compliance Services, Gary Orr.

MPI believes the crayfish were then sold on the black market in Auckland, Kawerau, Rotorua, Turangi, Gisborne, Napier, and Blenheim areas.

“The investigation to date has focused on gathering evidence, including surveillance of alleged offending. Tuesday’s search warrants will provide further information to support the investigation. We will be gathering a number of formal statements from suspects as part of this work.”

“We hope today’s development sends a strong message to others tempted by greed - that we will do everything within our powers under the Fisheries Act to protect the fishing resources owned by all New Zealanders.”

Ministry for Primary Industries is unable to offer more detail on the substance of the investigation as the matter is ongoing.

take there cars, boats, houses, anything of value, set an example.