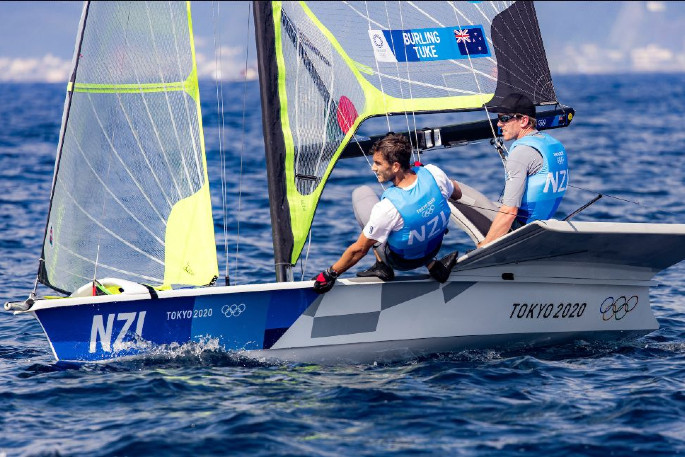 Great Britain won the gold medal in a photo finish that saw Germany finish just a metre or so behind Britain.

Tuke and Burling take home the silver medal after finishing 2nd overall and 3rd in the medal race.

That's three medals in three hours for the New Zealand team taking our tally up to 15 medals with 6 golds, 4 silvers and 5 bronzes.

The Bay of Plenty Olympian followed her K1 200 title gold medal win with a triumph in the K2 500m in Tokyo alongside Caitlin Regal.

She is the first New Zealand woman to win two gold medals at the same Olympics.