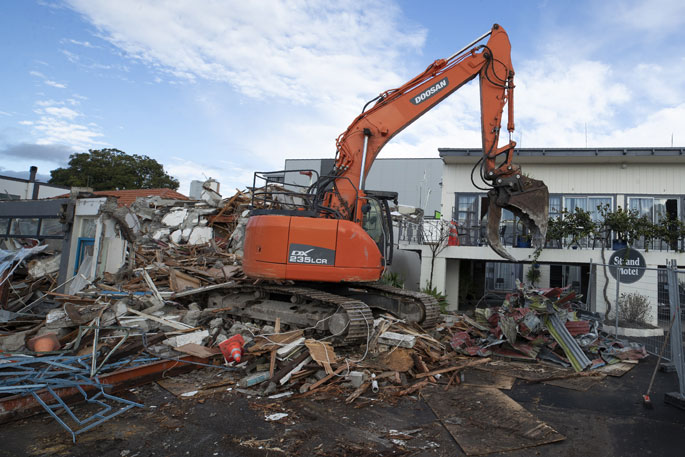 The building is now just a pile of rubble. Photo: John Borren/SunLive.

The site of a big, orange digger on The Strand is drawing in people who are witnessing the demolition of a well-known building.

Demolition of the building, which used to house Strand Enz Barber at the corner of The Strand and McLean Street, began on Monday.

The building has been located on The Strand in Tauranga for more than 70 years.

A crowd of onlookers gathered to watch the building being torn down, with many people taking out the phones to photograph the destruction.

Alan, the site manager, says the demolition is likely to continue for the rest of the week and into next.

He says it is quite a difficult job, as he has to be careful not to damage other buildings either side of the site but he is still enjoying his work.

"All necessary cordons and safety procedures are in place," says Alan.

He says the general public have been enjoying watching himn strategically strip the building down.

The building was located to Motel on The Strand, which is not being demolished.

SunLive is working to get information about the demolition, about why it is being torn down and what the future plans are for the site. We will provide an update when we can.

See below for photos of Day 1 of the demolition 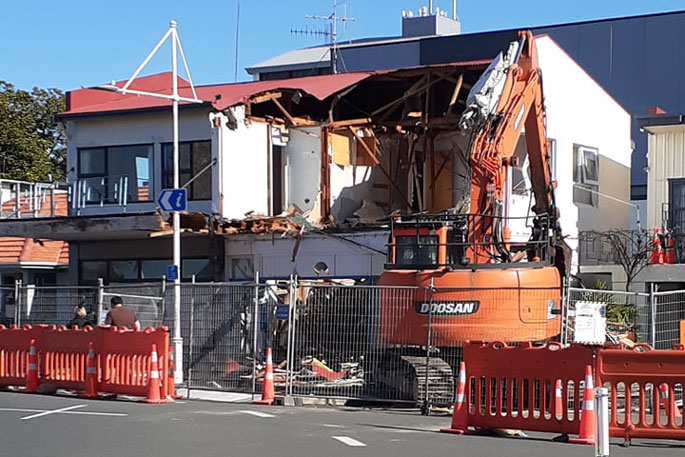 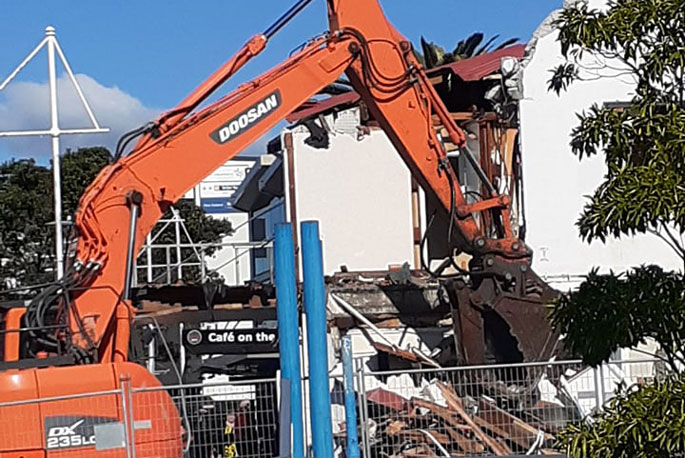 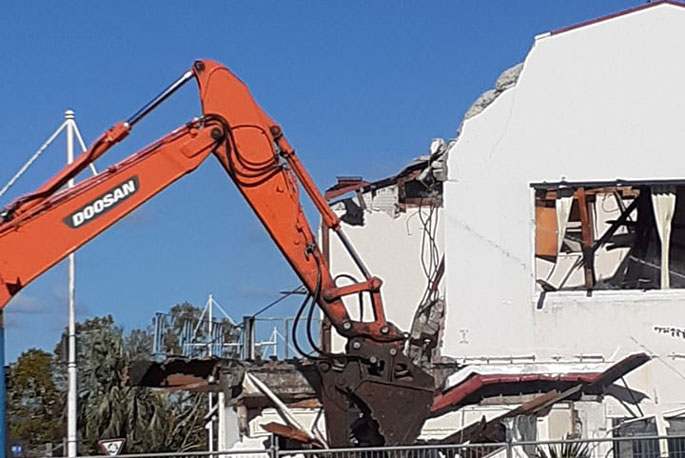 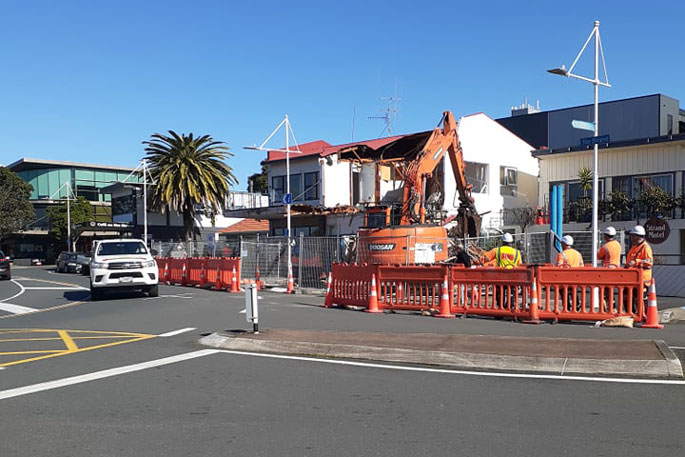 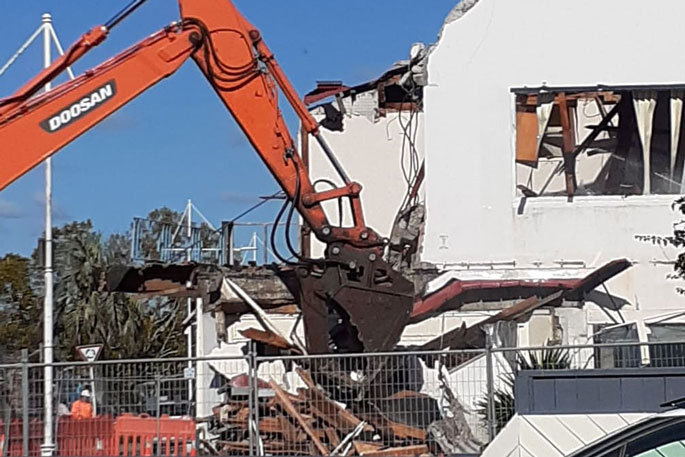 So there’s another half a dozen parking spots GONE due to demo and building work. I don’t blame the company, I blame the stupid council who doesn’t finish one job (e.g. Farmers building) before starting another (Cameron Road upgrade, demo work at bottom of Devonport and this). It’s hard enough trying to get through town with all the blocked off streets and road cones only to find zero parking spots anyway!