Wednesday to be a good washing day 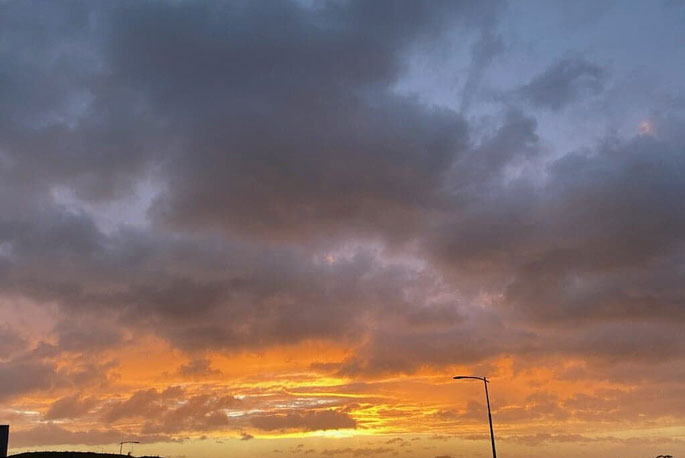 Unsettled weather is on the cards for today. Photo: Kylie Poultney.

MetService is forecasting unsettled weather and strong winds for most during the coming week, with a brief reprieve on Wednesday.

On Monday afternoon, a strong southwest change begin muscling its way over Aotearoa, bringing rain to western and southern regions.

Snow was expected to lower to 500 metres in the deep south later in the afternoon. MetService has issued Road Snowfall Warnings for many roads in the South Island.

“We advise checking out our watches and warnings at www.metservice.com, or through the MetService app, to get the most up-to-date severe weather information,” says MetService meteorologist Alwyn Bakker.

The southwest change pushes over the remainder of the country on Tuesday.

A Strong Wind Watch has been issued for Northland, Auckland, and parts of the Coromandel.

“Between 3 am and 4 pm on Tuesday, southwesterly winds have the potential to reach severe gale in exposed places,” says Bakker.

Rain or showers are expected for most, with snow lowering to 900 metres in parts of the North Island, and to 400 or 500 metres in Canterbury and Otago.

The strong southwesterlies will whip up some large waves, with the west coast of Northland, Auckland, and the Waikato seeing four to six metres waves for a time on Tuesday.

Later in the day, and overnight into Wednesday, the east coast of the North Island from the Wairarapa to Gisborne will pick up southerly waves of around five metres for a time.

After the southwest change, a brief ridge is set to move over the country on Wednesday.

The high pressure grants a small reprieve from the unsettled weather, so if you’ve got any washing piling up, Wednesday’s the best of a bad lot.

The fine weather won’t last long, however, as another frontal feature tracks across Aotearoa on Thursday, bringing more rain or showers. 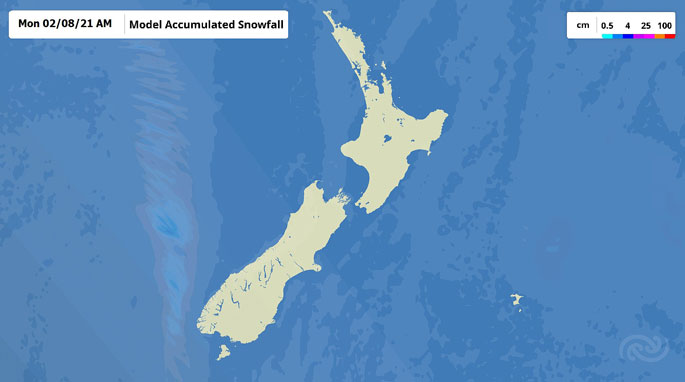