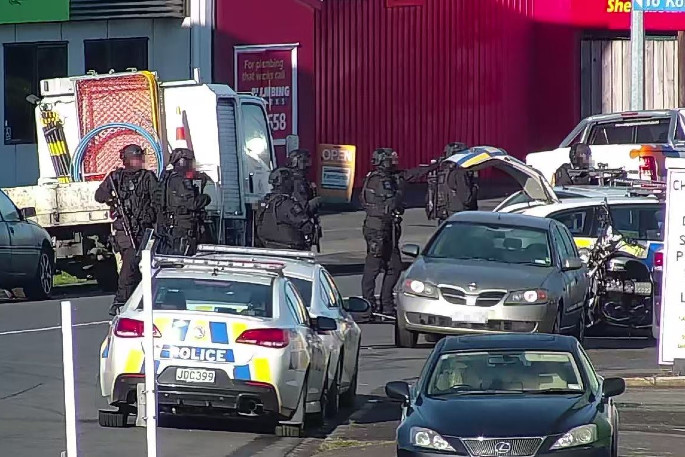 The Armed Offenders Squad during a raid on Birch Ave on Sunday. Supplied photo.

One at a Birch Ave address and another two at residential addresses in Tauranga, says a police spokesperson.

A SunLive reader says the Armed Offenders Squad and other armed police units blocked off a section of Birch Ave, outside the Filthy Few Motorcycle Club, just after 8.30am.

“The Armed Offenders Squad was deployed as a precaution at two of these locations,” confirms police.

“Three men aged 25, 26 and 39 were arrested during the operation, two at the Birch Ave address and one at a residential address.

“They are due to appear in the Tauranga District Court today charged with aggravated robbery and kidnapping.

“As the matter is now before the court, we are unable to comment further.”

Thank you for the update. Appreciated.