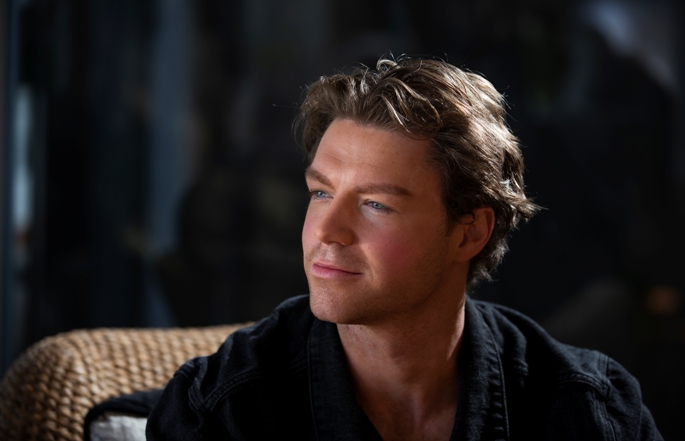 With the eyes of the world on New Zealand as a desirable place to be, coupled with recent government investment into a growing screen industry, the film and television community has its eye on Connor Johnston as one of the country’s next young emerging stars.

Mount Maunganui actor Connor has already scored a role in a movie alongside BAFTA award-winning and Oscar nominee actor Tim Roth, has just wrapped filming two television series, and is set to star in a NZ On Air funded web series shooting in August 2021.

Connor’s mentor and fellow actor, Blair Strang of Shortland Street and Nothing Trivial, has no doubt that Connor will be a future household name. Connor has also built a strong rapport with New Zealand actors Lucy Lawless and Jennifer Ward Leyland, with whom he has worked with on multiple projects during 2021.

Blair said: “I have had the privilege to work with Connor on the TV3 Series Head High. Connor played the captain of Mount Maunganui High 1st XV and I was his coach.

“I also directed Connor in Morning Star at the 2020 Hamilton Arts Festival. He is not only a fine young man, but in my view one of the rising stars in the New Zealand acting scene.

“Connor has a fearless ability to take on any character, constantly seeking truth and thus demanding the eye of the audience. He’s a good looking bugger too! I look forward to working with Connor again and am excited for his future in the industry.”

If he’s the next big thing, he certainly is big. The 24-year-old former rugby and basketball player towers at 6ft 5in, with surf beach looks and a ripped body that could easily rival any Hollywood star. Connor humbly puts it down to the boxing training he has carried out for the movie Punch, starring Quentin Tarantino stalwart Tim Roth, who featured in the likes of Reservoir Dogs, Pulp Fiction and The Hateful Eight.

Punch has just wrapped production in New Zealand and is currently preparing to run its course on the international film festival circuit before premiering in cinemas in Aotearoa and overseas. Connor says he is keeping his fingers crossed for the Berlin International Film Festival.

“I speak German and both of my exchange-brothers from high school live in Hamburg,” he says, “so I will make a little European trip out of it. Plus it will be incredibly exciting to have that red carpet experience alongside Tim Roth and the rest of the crew.”

Connor recalls his audition in Auckland. Driving back to Tauranga he’d made a pit stop in Ngatea for a coffee when he got a call from the casting director asking him if he could pop back to the studio to audition for a different role.

After a quick check of Google Maps he told them he would be about an hour, and sped back for a recall on the same day - amusing and impressing the casting team. He got the part, and learned the boxing ropes with the trainer of New Zealand women’s Olympic team, Cam Todd.

He was also put to the test sparring with boxing buddy Blair - the type of dedication that has made Connor stand out in a competitive field.

“The most important aspect of prepping is to do your research on the crew,” he explains. “Get the low-down on the casting directors, writers, producers and of course the director, before the audition.

“Know their faces and names so you can walk in the room and already be grounded in the space. I make sure I figure out what they’re currently working on, I absorb the tones of the shows that they’ve recently produced, what the actors they have traditionally cast look like, and how they are presented to get audition outfit inspirations.

“I love any opportunity to network with fellow creatives. I try not to take rejections to heart – that’s easier said than done. I think of the whole process in the same way I’d prepare for a game of basketball.”

Although he was movie-obsessed and loved watching local theatre shows and live music with his mum, sport was his first love, with some impressive accolades picked up during his school years at Tauranga Boys’ College.

Additionally, he was in the New Zealand Under-16 and Under-18 national men’s squads, the national men’s three-on-three squad and, after high school, he was offered a place in the National Basketball League (NBL) and a basketball scholarship to pay for his university degree.

Professional basketball was an enviable offer, but despite being a first class basketballer, his dream was not to be the next Steven Adams, but the next Sam Neill.

“An English teacher at school, Harlie Deacon, used to give me extra help with novel study and creative writing during lunch times, before school and after class, as he said he saw potential in the arts for me.

“He has a Masters in Japanese horror films, which we share a love for. He got me into ‘Year 13 Drama’, where I got to explore my love of acting for the first time.”

With his heart set on a career in acting, he gratefully accepted an all-inclusive Sir Edmund Hillary Scholarship program, which paid for public speaking workshops and leadership programmes as well as his Waikato University degree in Business Management and Finance, as he would one day like to start up his own production company.

During his degree he commuted to Auckland twice a week for acting training.

After his degree he attended the drama school The Actors Program, where he met television networks and secured his first role in TV3’s Head High – also starring Blair Strang. The series, which is currently showing, depicts the life of a working class New Zealand family whose children dream of rugby stardom.

Connor also scored a part in season two of My Life is Murder, starring Lucy Lawless and featuring Martin Henderson of Grey’s Anatomy and Star Trek legend William Shatner. The series will air later this year in New Zealand, as well as in the US, Australia and the UK.

“I was in my element in the role,” says Connor, “as during filming I had to get in the ocean a lot, which I love. I enjoy getting out on the water with mates, and laying on my board behind the sets watching the sky. It is an escape to another world for me, and one which we can all enjoy here in the Bay.”

In August he starts shooting a leading role in a new production, funded by NZ On Air and RNZ, called Here If You Need. Connor was a co-creator of the initial concept for the series, which will be directed by Jamie Irvine (Shortland Street/Brokenwood Mysteries) and produced by Jacob Masters (Head High) and Lachie Oliver-Kerby (Best New Broadcaster finalist for the New Zealand Radio Awards, 2021).

Connor is always keen to acknowledge the people who have helped him on his acting journey so far.

“My agent, Gail Cowan Management, is like family to me,” he says. “I couldn’t be happier. I have a close spot in my heart for my original acting coach Kacie Stetson, who taught me all the fundamentals.

“When I was at university in Hamilton, I commuted to her studio every week and also commuted a second night to attend voice classes with Sylvia Rands. Kacie taught me how much work ethic you need to have, especially to ‘crack it’ in the States. She taught me how to feel both anchored and natural in front of the cameras, the crew and the piping hot studio lighting.”

Connor takes inspiration from other actors he admires, such as New Zealand’s Mike Edward (Spartacus, Head High, Filthy Rich) and Manu Bennet (Spartacus, Arrow), as well as Canadian actor Alexander Ludwig, who stars in Vikings and The Hunger Games.

Connor’s first break on screen was in TVNZ webseries In the Rainbow in 2019, directed by Tauranga filmmaker Rose McMahon when Rose was just 16. Connor played a gay Kiwi World War II soldier.

“Rose and I have maintained a close personal and working relationship ever since we wrapped on In the Rainbow,” he says.

“We tend to stick together as we’re both from the Bay, and we can’t wait to collaborate on projects of a larger scale moving forwards.”

Connor also stars in Rose’s latest film The Good Side, which is currently showing at film festivals.

With more production companies and leading US actors eyeing up New Zealand, Connor is hoping to be in the running for exciting roles in big US productions.

But in typical fashion, he is humble yet hopeful and confident about what his future prospects may hold.

“There are many great actors in New Zealand,” says Connor. “I have my eye on a few great roles coming up, but until the ball is in the hoop, you never know. I am working hard to achieve my dreams.”

Remember his name, and watch this space, because it is certainly not “that’s all folks” for Connor Johnston.