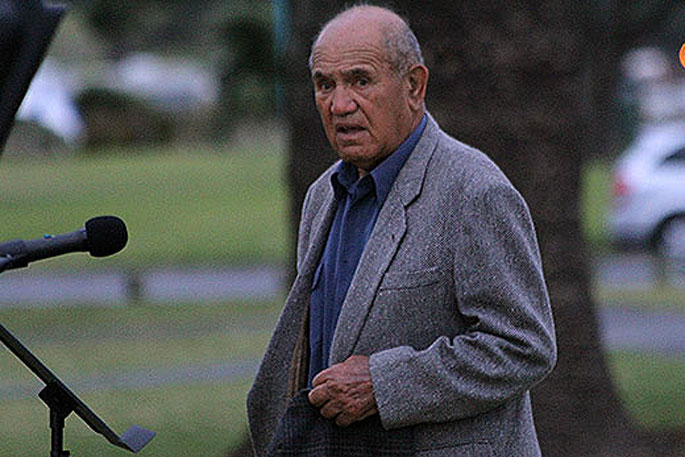 Dr Kihi Ngatai was an influential figure in the region. File photo.

Tauranga Moana is mourning the loss of its kaumātua today, with the news of Dr Kihi Ngatai’s passing.

Manager of Strategic Māori Engagement, Carlo Ellis, referred to him as the “paramount chief” of Tauranga Moana before the meeting.

Council then stood for a minute’s silence.

St Thomas More Catholic School posted: “Our school community is very sad to say that Dr Kihi Ngatai passed away yesterday. Kihi, with his lovely wife Maria, was with us from the very start of our school and we count his mokopuna among our student family.

"Our aroha goes out to the Ngatai whānau at this time. Rest In peace Kihi, a true leader- strong, compassionate and much loved.”

According to an article on www.tpk.govt.nz, Kihi and his wife Maria planted the first kiwifruit vines in the Tauranga region more than 40 years ago.

The whānau forged the way for Māori involvement in the kiwifruit industry.

In his early years, his ambition was to become a train driver and after working his way through the railway ranks, he reached his goal.

While working for the railways, he bumped into some mates who had enlisted in Kayforce.

He decided to join them and spent two-and-a-half years serving with the military in Korea.

On his return, Kihi re-joined the railways and he met his future wife and local wahine, Maria Ormsby from Te Puna.

In the late 1950s, Kihi and Maria moved back to Matapihi to run the whānau dairy farm.

They built a whānau home, raised their growing whānau and helped take care of 35 hectares of ancestral land.

Kihi, of Ngāi Te Rangi, was 91-years-old and arrived at Whareroa Marae this morning.

His nehu/funeral will take place on Thursday.