Maleme St Transfer Station to close to the public 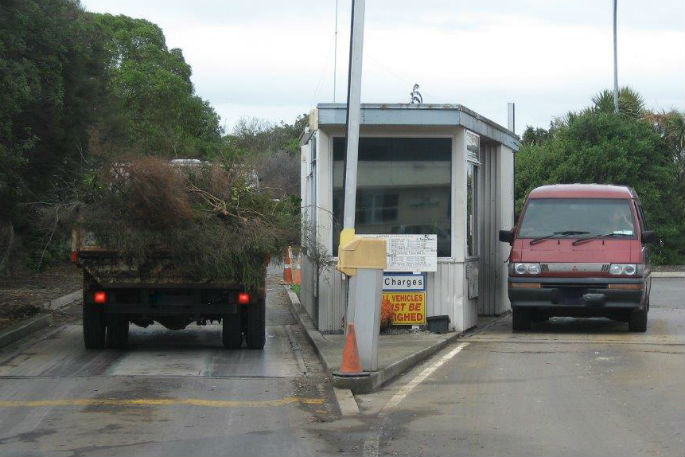 The Transfer Station on Maleme Street will be closed to the public from August 2. Photo: Tauranga City Council.

The Maleme Street Transfer Station in Tauranga will close to the public today.

The station has been poised to close for a few months now.

Back in March, Tauranga City Council announced it had received $20.5 million in funding from the Ministry for the Environment.

Council says the funding enables it to upgrade and future-proof Te Maunga Transfer Station, expand recycling to include number five plastic bottles and containers, and reduce the amount of construction and demolition waste ending up in landfill.

As a result of the Te Maunga Transfer Station upgrade, the Maleme Street site will be closed to the public from Monday, August 2.

The transfer station will remain open to commercial waste companies and account holders only after this time, council says in a statement on its website.

“The low-lying site is prone to flooding, which has led to an abatement notice being issued in 2017 due to the unacceptable level of contaminants, mostly from vehicles, entering stormwater drains.

“Our efforts to reduce the contamination have not been successful and upgrading the site is not financially viable and there is no certainty it would solve the issues.”

From July 1, all household have been provided with a rates-funded kerbside collection service for rubbish, recycling, glass and food scraps.

“Reducing the need to visit the transfer station,” says council.

For garden waste, households can choose to sign up for the council’s garden waste collection.

The garden waste bin is a 240L wheelie bin collected either 4-weekly ($60 for the year) or fortnightly ($95 for the year), which works out to be less than $5 per collection*.

“If you have bulky items or excess rubbish, recycling or garden waste you can take these to Te Maunga Transfer Station near Baypark stadium, 12km from Maleme Street.

“Alternatively, you can contact a private waste collection company to collect excess waste.”

Recycling and green waste will no longer be accepted from commercial operators and key account holders from August 2.

Commercial trucks can use but not public,so trucks don’t pollute? Someone is not telling the whole story.

I hope they have contracts in place to remove illegal road side dumping.

why have the Council not plastered pictures of their new facility all over the media. Is it not working properly or is there another reason they are not showing us? Sunlive have you asked for a tour so that you can show the public if not do it!!!

..in line with usual local TCC procedure, we invent a problem (which is likely to not be there in the first place), tell us that we the ratepayers have created this problem, and then further restrict access to something that is helpful for the people that have no choice but to pay for inadequate services we may well not want....and all this done legally!..almost unbelievable really.....but wait!...Te Maunga will become swamped soon and have ’issues’...all of which the ratepayer has created!

How absolutely brilliant: TCC in their infinite wisdom are "future-proofing" our facilities. Where have I heard that phrase being used before? Ah yes, the much-anticipated Cameron Road upgrade. Seriously, this is outrageous. As a city grows it’s the council’s responsibility to improve the amenities, not cut back and reduce what is already here. This a failure of duty. The citizens have a right to be angry.

So clearly more money for council to force Green bins I take it ? So 20% rate increase can’t find the funds to help but we can spend $770M to upgrade sports grounds. Lets pay Tolley a raise, $1800 a day is clearly not enough to have them think as well.

Typical short sighted council. An ever expanding city, and they reduce waste facilities. I bet illegal dumping of rubbish is on the increase, or road side council rubbish bins are getting more use. Time to weed the limp geriatrics out of the system, and put some normal thinking humans behind the helm of the TCC

Don’t have the funding to fix an essential service/facility which is used by thousand of ratepayers. And yet another example of us being forced into what the Council want us to do.....use their useless service and to cream more money form ratepayers by forcing them to pay for garden rubbish bins. This is probably going to result in even more rubbish being dumped illegally!! Welcome to the newly named "New Russia".