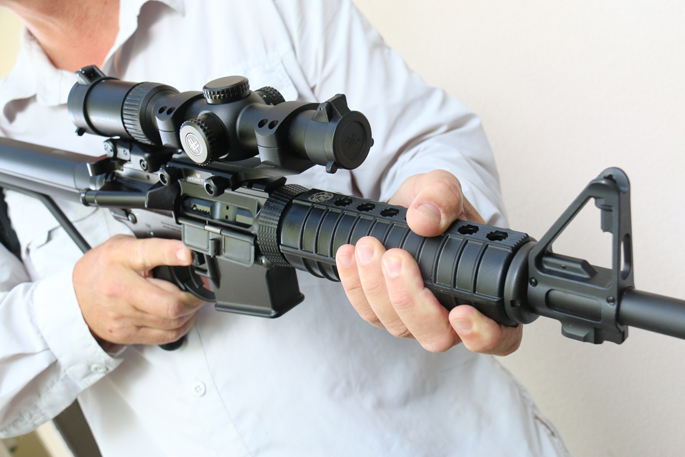 Anyone with a prohibited firearm will be liable under new offences and penalties contained within revamped firearms legislation. Photo: Daniel Hines/SunLive.

Just over 1000 guns have been handed back in the government's latest firearms amnesty and buyback.

Sunday was the last day people could hand back firearms under the amnesty.

From today, anyone with a prohibited firearm will be liable under new offences and penalties contained within revamped firearms legislation.

Recently released figures show the police have spent more than $2.4 million buying back just 768 guns, along with 240 pistol carbine conversion kits and 2160 accessories.

In total, about 1078 firearms have been handed in - about two thirds were during the buyback between February and May this year.

Fifty-three percent of the firearms handed over are pump action shot guns.

If the buy back is such a success and millions of dollars have been spent to make it the roaring success that the government claim why is gun crime on the increase?

It is not a buy-back - the government never owned this stuff, so the can’t "buy it back". It is a confiscation, albeit compensated. On the other hand, the government refuses to pay any compensation for ammunition which they did sell to citizens. That is theft. Meanwhile, the gangs have still got all theirs. A little bit of truth in reporting would go a long way!