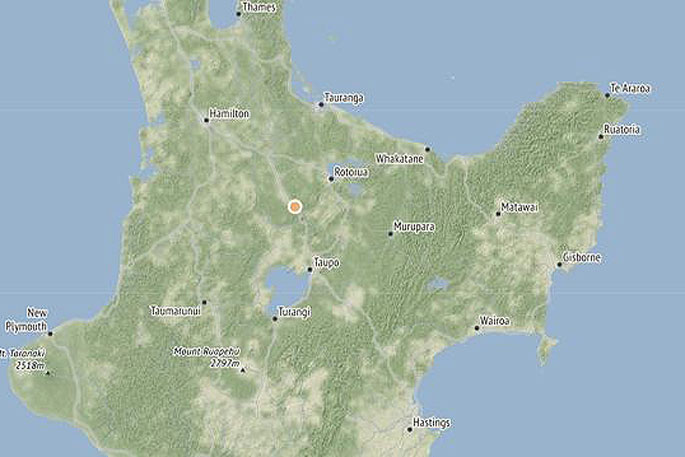 The quake was 160km deep and centred 10km from Tokoroa. Photo: GeoNet.

A magnitude 5.1 earthquake that struck the central North Island was classified as 'light' because it registered at a depth of 160km.

The quake struck at 1.04am and was centred 10km south-east of Tokoroa. It was directly under State Highway 1.

Although the quake was so deep, 2790 reported they felt it.

The majority of reports to GeoNet were from people living much further south than the epicentre. Most were from the lower North Island, particularly around the Wellington and Manawatu regions.