Bikepacking drama to screen in Tauranga 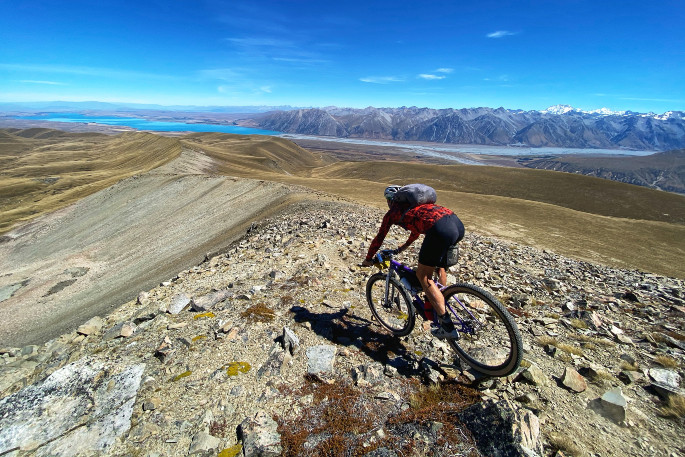 The Big Bike Film Night ‘Feature Series’ will be hosting a screening of the inspiring bikepacking feature length documentary ‘South’ – The Tour Te Waipounamu Story in Tauranga next week.

Brett says the documentary explores what bikepacking is, and what it means to those who ride the Tour Te Waipounamu, a 1300+ kilometre race through some of the South Island’s most scenic but harsh landscapes from Cape Farewell in Golden Bay, to the southernmost tip of the South Island at Slope Point.

The Tour Te Waipounamu has been billed as the newest, and arguably the toughest bikepacking event on the New Zealand calendar. Race founder, Brian Alder, has put together a backcountry route that incorporates many private stations, otherwise inaccessible to the public, as well as navigating a mixture of historic walking tracks and paths.

“When you delve into where this race takes you -  physically and mentally -  and the type of fitness level needed to undertake this formidable endeavour, you understand what a demanding challenge Brian Alder has placed in front of these race participants, all documented under the careful eye of filmmaker Rob Dawson” says Brett.

Backing up this claim is TTW participant Ollie Whalley who enthusiastically said during the race “I’ve just carried my bike for eight hours; this is crazy, but so cool!”