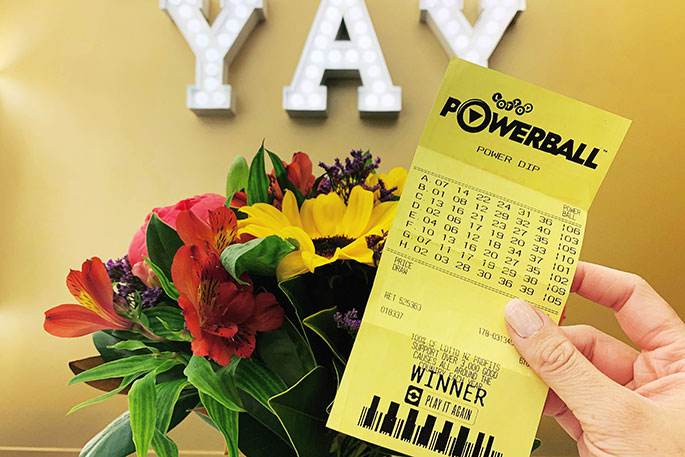 A lucky Powerball player from Ashburton will be celebrating a life-changing win after winning $5.3 million with Powerball First Division in Saturday night’s live Lotto draw.

The winning ticket was sold on MyLotto to a player from Ashburton and is made up of $5 million from Powerball First Division and $333,333 from Lotto First Division.

Last night’s winner is the fourteenth Powerball winner already this year and comes just a week after a young couple from Auckland won $17.16 million with Powerball First Division. The lucky couple were having a quiet Sunday morning when they discovered the life-changing news – and immediately burst into tears of joy.

Two other lucky Lotto players from Cambridge and Christchurch will also be celebrating after each winning $333,333 with Lotto First Division in last night’s live Lotto draw. The winning tickets were sold at Countdown Cambridge in Cambridge and Pak N Save Riccarton in Christchurch.
Strike Four was also won last night by a player from Waikato who took home $200,000. The winning Strike ticket was sold on MyLotto.

Ten lucky Lotto players will be enjoying a boost to their bank account after each winning $24,860 with Lotto Second Division in Saturday night’s live Lotto draw.

Anyone who bought their ticket from any of the above winning stores should write their name on the back of their ticket and check it at any Lotto NZ outlet, online at MyLotto.co.nz or through the Lotto NZ App. Players can phone Lotto NZ on 0800 695 6886 if they want to enquire about the best way to claim a prize.

Due to the major sporting event coverage on TVNZ 1, Wednesday’s live Lotto draw will be aired on TVNZ 2 at approximately 8.20pm.

New Zealand is currently at Alert Level 1. Lotto NZ counters across the country are open and will continue to follow the Government’s health and safety guidelines. For more information, please visit: https://mylotto.co.nz/covid-19.