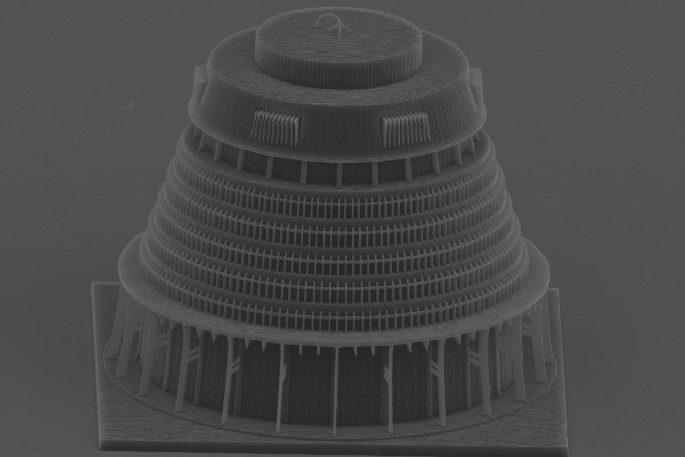 A Nanoscribe Photonic Professional GT2 3D printer creates an image of the Beehive– is unique to New Zealand and represents a big step forward in research at this tiniest scale. Images: Supplied.

If you’re under 30 years old, the history of 3D printing is older than you think.

I’ve been fascinated with 3D printing since its infancy in the early 1980s, watching models being built up in layers and avidly reading about home inventors coming up with numerous ideas.

From printing affordable houses through to the first 3D-printed organ implanted into humans, the 90s was a great decade. In just ten years, scientists had fabricated a functional miniature kidney, built a prosthetic leg and bioprinted the first blood vessels using only human cells.

We now live in the future we once dreamt of, with innovators, visionaries and designers pushing the envelope to print bone replacements and even particles just a few atoms thick.

Housed in a custom-made box under protective yellow light at the University of Canterbury’s Nanolab is a new, world-leading Nanoscribe 3D printer. Objects printed with this ultra-precise system are so small that an electron microscope is needed to see them. 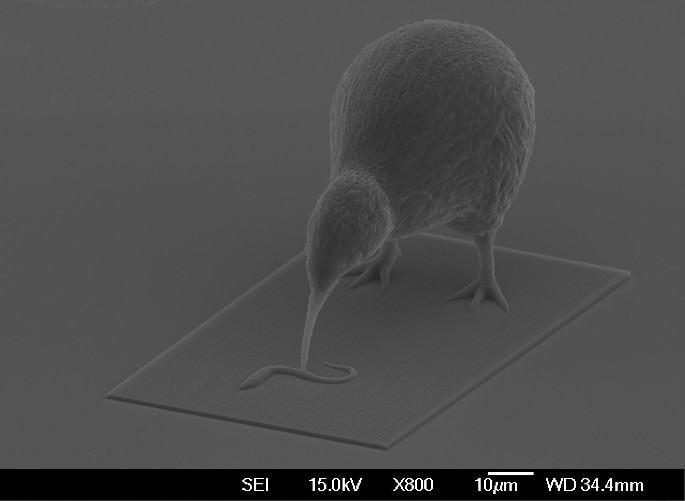 “Here at UC, our research spans both engineering and the sciences and seeks to, for example, replicate micro millimetre-scale biological structures, such as those found on the surface of a leaf or in our bodies,” says Associate Professor Nock, a Rutherford Discovery Fellow who is also a principal investigator with the Biomolecular Interactions Centre

“We had real trouble reproducing these structures previously, but the Nanoscribe 3D printer can do this with ease. There’s no other machine like it in New Zealand.”

This microfabrication technology is poised to fast-track a myriad of research projects across New Zealand.

High resolution 3D printed reproductions of Christchurch Cathedral, the Beehive, and a kiwi bird appear to the naked eye as mere specks. 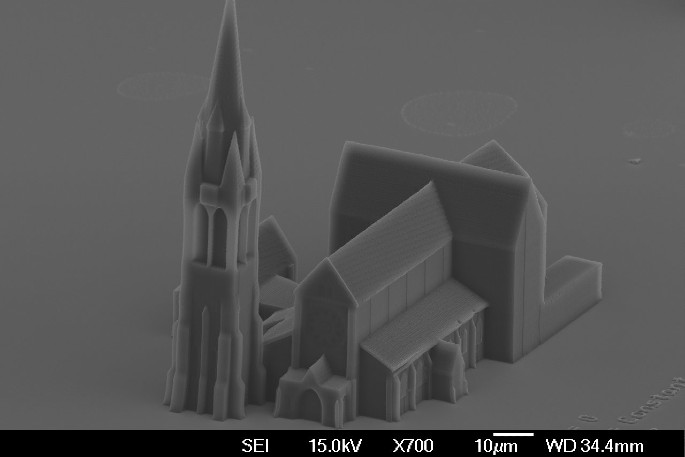 Newly installed, the equipment used to create these images – a Nanoscribe Photonic Professional GT2 3D printer – is unique to New Zealand and represents a big step forward in research at this tiniest scale.

The Nanoscribe 3D printer was officially launched during July by the Hon Dr Megan Woods, Minister for Research, Science and Innovation.

It can also be used to replicate the structure of single human cells with all of their surface features, with exciting ramifications for cellular and health research. The cutting-edge technology investment of almost $800,000, which combines additive manufacturing and nanotechnology, has been funded by UC as a strategic capital acquisition.

Made in Germany, the Nanoscribe 3D printer arrived in January 2020, but installation was unavoidably delayed as a result of Covid-19. The machine is now in use, with fourth year students in electrical and electronic engineering at UC among the first to experience the system in action as part of their course on Nanoengineering. 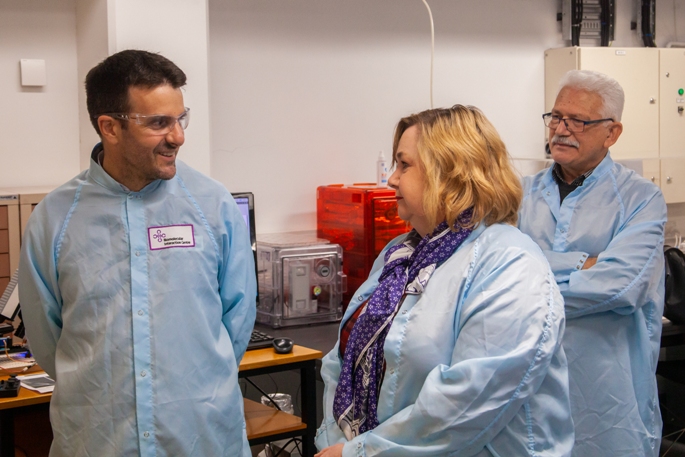 Cool machine, but, I’d be more impressed if it were invented here. How much does the machine cost?