Some rain rolling across the North Island today 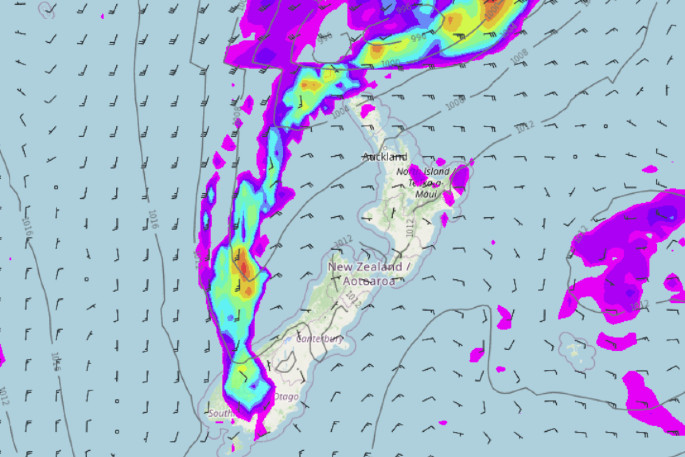 An area of low pressure will be flowing across the top of the North Island today. Image: WeatherWatch

WeatherWatch advises that an area of low pressure will be rolling over the top of the North Island today away to the east.

“With it comes some rain for northern Northland and showers for northeastern parts of the North Island,” says a WeatherWatch spokesperson.

“Most of the South Island is dry but about the southwestern corner there is some rain or showers.”

Cloudy areas are expected for Waikato and Bay Of Plenty, perhaps a light shower mainly in the morning, and some sun breaking through in the afternoon.

“Auckland may be mainly dry with just high cloud, still the risk of a shower though especially afternoon. Breezy east to northeasterly winds tend southeast later in the day or overnight.”

Temperature highs for Northland, Auckland, Waikato and the Bay of Plenty are expected to be between 16 and 17 degrees Celsius.

Eastern North Island
Morning low cloud or fog then expect sunny spells, cloud may thicken up again in the evening with a light drizzle patch or two. East to northeasterly winds.
Highs: 15-16

Southland & Otago
Mostly cloudy with occasional showers, especially in the west. Coastal Otago may have fairly dry day but still the risk of a shower or two. Southwesterly winds.
Highs: 11-13