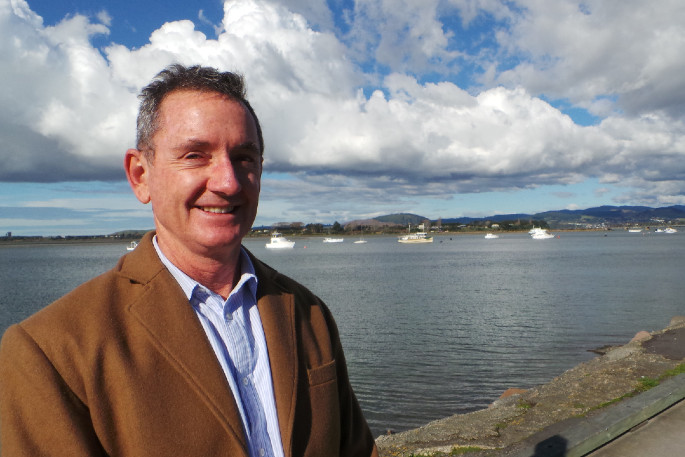 The sinking of the Essence, which cost Tauranga skipper Stuart Pedersen his life, could have been avoided if storm covers were fitted to the cabin windows, a Maritime NZ report has found.

Despite this being a difficult truth to face by many who knew Stuart to be a careful skipper with a reputation as a good operator, crew member Bruce Goodwin, who along with Pam Pedersen and Stephen Newman survived the ordeal, says he is “reasonably happy” with the report.

“I’ve had input into it with Maritime New Zealand and we’re working towards improving safety for people and see what lessons we can learn out of it,” says Bruce, who has written a book titled The Final Voyage of the Essence.

The cabin windows on Essence were approximately double the size specified under the regulations requiring storm coverings. However, as storm coverings were understood to have been on board, Essence was compliant in this respect.

Past commodore of the Tauranga Yacht and Powerboat Club, Andrew Knowles, says that while the theory is to put storm covers on when a storm is brewing, “it’s not something easily done when the boat is jumping around like crazy and there are waves breaking over top”.

The regulations in force when Essence was inspected required that storm coverings for windows of more than 1852cm2 be on board. But they did not require storm fittings to be inspected whilst fitted or to be secured during voyages.

In that respect, everything complied. The inspection certified Essence to Cat 1 standard. The checklist for Essence had no unsatisfactory findings. Section 2 of the report, Deck Construction, received a tick for “storm covers”.

Under the amended regulations, storm coverings must now be fitted over windows for all windows more than 1852cm2 in area. The amendment thus avoids the need for crew to fit storm coverings at sea, which can be a difficult and dangerous undertaking, particularly in heavy seas.

“I’m pleased that Maritime New Zealand have made changes to the Category 1 regulations in terms of the windows and them having to be fitted or having shutters or something similar fitted before they get their Category 1 certificate,” says Bruce.

The Maritime NZ report acknowledges that there is an increasing trend to have larger windows, in particular among production vessels that are touted as being suitable for ocean voyages. However, it also states that the larger the area of window, the greater the risk of failure - particularly for many production vessels that are subject to flexing in extreme conditions.

“From my point of view, the key learning is that fitting of weather boards is now a mandatory regulation,” says Stephen.

“The other lessons learned that I identified weren’t really applied by Maritime NZ in their report. Maybe they considered them and rejected them – as is their prerogative.”

Andrew says alternatives are to have clear covers permanently attached, or to have smaller windows.

“In the fullness of time, it will probably change the engineering of boats in New Zealand,” says Andrew.

“The problem is most of them, like the Essence, came from Europe. They have rather lower standards over there because most boats in that size range are set up for sailing in the Mediterranean.

“Their boat builders probably won’t want to spend a couple of thousand more dollars to make those boats look less flash with smaller windows. So they probably need to be retro-fitted when they come to New Zealand.”

Not covered in the report is Stephen’s more recent musing about the Category 1 inspection regime and whether it is fit for purpose.

“In other words, is there any assurance regime that Maritime NZ applies to the service outsourced by them to Royal Yacht Squadron? Is it akin to the NZTA relationship with the COF/WOF service providers? Who checks the checkers?”

Bruce would also like to see a more robust Category 1 checking system.

“By and large I’m happy with the report and it’s gone halfway to what I was hoping for,” he says. “But the checking system seems to be not robust enough, compared to getting a warrant of fitness on your car or something like that.

“I was wanting a culture change within that system of checking off-shore boats for ocean voyages.”

Proceeds from sales of Bruce Goodwin’s book go to the Bay of Plenty Sailing Academy Trust, of which Stuart was the chair.