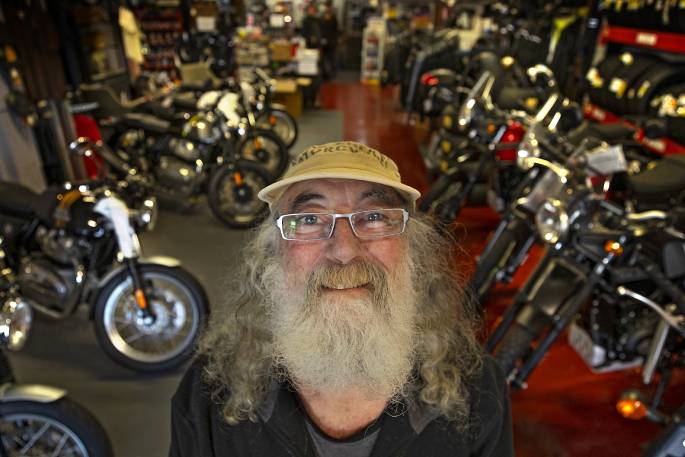 Smiths Motorcycle Mania have been trading at their 153 Durham Street property since 1963.

For nearly 60 years, it has been a regular stop for petrol heads looking for Royal Enfield’s, WOFs, helmets, jackets or anything motorbike and scooter related.

However, the shop is now on the move from its current Durham Street site, after 58 years at the premises.

The building, which has housed Smiths for over half-a-century in the Tauranga CBD, must be vacated as it does not meet current Earthquake Prone Building standards.

Tauranga City Council do not own the building, but are the territorial authority that would issue an Earthquake Prone Building Notice should it fall short of the required earthquake rating under the Building Act 2004.

Council state an initial Earthquake Prone Building notice was issued 10 years ago, after failing to reach the minimum earthquake rating of 34 per cent.

“We are the oldest motorbike shop in Tauranga, but now we have to move,” says owner Peter Dromgool.

“The building is under earthquake. We just want to let people know we are not shutting up shop, we are just moving.”

The store is set to be shut for a couple of weeks, says Peter, but a new site has been found.

Smiths will be back up and running from mid-August at 154, 1st Avenue off Glasgow Street.

It has been a whirlwind experience for Peter and he is not pleased with Tauranga City Council for their role in a difficult four-year period.

Whilst he jokingly admits he cannot blame council for the Covid-19 lockdowns of 2020, he does lay a large portion of the blame at their door for three of the past four years issues.

Roadworks on Durham Street form part of his grievance but the timescale for him to actually leave the premises, which he says was four months, is what he deems unfair.

“For the last three or four years, we have been screwed by the Council and they ended up giving us just four months to get out of the building, which is an unrealistic timeline.”

Peter praises his landlord for bending over backwards to find a solution, but says pleas to Council fell on deaf ears.

“To find the premises, get it set up, and move all our stuff, it was really unrealistic in four months,” he says.

“I asked council for an extension for a couple of months but they said no. No leniency whatsoever.”

According to the Earthquake Prone Building Register, the building has a current rating of 20 per cent to less than 34 per cent.

“The notice gave the owners 10 years to either strengthen or demolish their building, as the earthquake rating was established at significantly less than the new building standard,” says Steve Pearce, Manager of Building Services at Tauranga City Council.

He says a second notice was sent in December 2017 and, most recently, in January 2021 as a reminder that the seismic work deadline first issued in 2011 was now four months away, in April 2021.

“The letter also reminded the owners that they had the opportunity to conduct an engineering assessment and submit it to council should it have found that their building was not earthquake prone,” states Steve.

“This has not happened.” 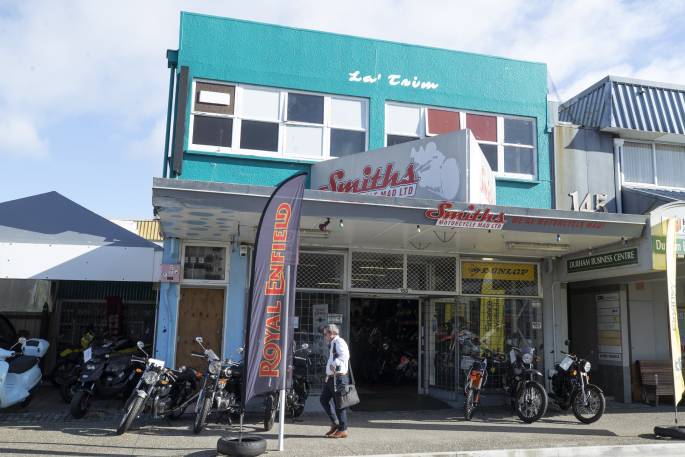 He says the building must now be demolished or strengthened.

Steve says the first priority must be to ensure that buildings in the city are safe.

“The Earthquake Prone Building process is an important part of our regulatory role in ensuring that Tauranga’s buildings are safe.

“We have given the owners plenty of time to comply with the requirements and make the building safe. While that unfortunately hasn’t happened so far, we are hopeful that this building will soon be made safe.”