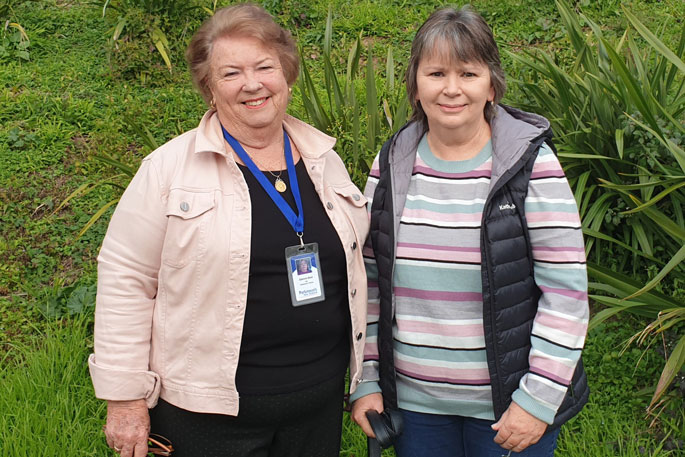 It’s been a long battle to get to where Glenys Shadbolt is today.

Endless painful symptoms, many doctors’ visits and tests, and the heart-breaking realisation that some friends simply wouldn’t believe her.

In her 50s, Glenys started experiencing back pain and fatigue, which became progressive. She found the work in early childhood increasingly difficult as the days became physically challenging.

“I was getting slower and slower, and the stiffness and pain in my back made it really difficult to do my job. I cut down my hours to four days a week to see if that would help, but I still struggled.

“I would take time off work to take a rest and I’d feel better, go back to work, and it would all start up again.”

Glenys visited her doctor who was concerned about a past back injury possibly being the problem and referred her to a sports medicine physician. After various tests the physician suspected Parkinson’s. She sent a letter back to Glenys’ doctor who then referred her to the neurologist.

The neurologist suspected Parkinson’s and referred Glenys to Waikato Hospital for a PET scan, and it was soon confirmed she did indeed have Parkinson’s.

At first, she didn’t believe the diagnosis.

“Immediately I didn’t believe it, then I got really worried as I had a brother pass away from motor neuron disease a few years previously, so I thought oh my gosh it’s going to be that. But I soon had to get used to the idea of having Parkinson’s.

“Eventually, I had to give up work. I miss the people, the company and the children. It was really difficult.”

But Glenys says one of the hardest things was telling people.

“People didn’t believe me when I told them, and they still don’t. Mainly due to my age. More recently I bumped into a friend and I told her, and she said ‘but you’re not old enough to have Parkinson’s.’

“Another friend a few months back said I just don’t believe you, so now I’ve given up – I try not to tell people.

“My circle of friends has narrowed  down, at a time when I don’t want it to be narrowing down. It feels like I’ve retired and I should be doing all these things, but I can’t, I can’t socialise like I used to.”

Glenys says despite losing friendships, she is thankful for her family and a couple close friends who have been there for her, and for the support of Parkinson’s New Zealand Charitable Trust, a charity that provides education, information, and professional support for people with Parkinson's, including their caregivers, friends, and families. 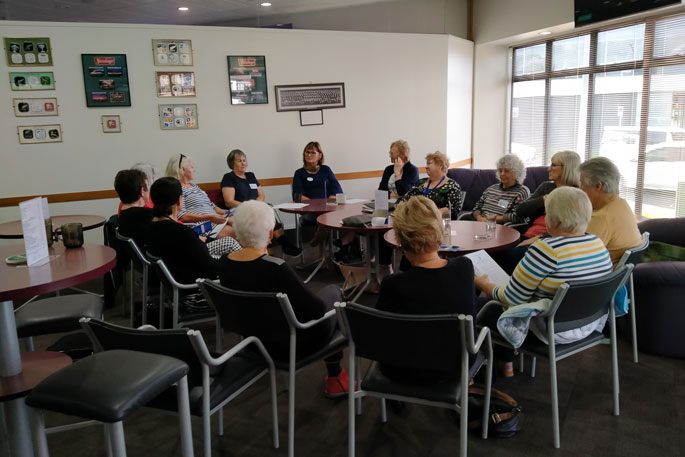 Parkinson’s New Zealand Charitable Trust offers a range of services including home visits, a comprehensive personalised assessment, exercise and educational classes, Carer groups with the Parkinson’s Nurse and referrals to specialists such as speech and language therapists, physios, and occupational therapists.

While her symptoms have gotten worse in the two years since she was diagnosed, Glenys says having the support of Parkinson’s New Zealand Charitable Trust has provided her the knowledge she needs to feel more in control.

“Their support is incredible, it’s the best thing that could have happened to me – to have that connection and people who believe and listen to me. I’ve enjoyed attending the educational classes and meeting other younger people going through the same thing. I’ve learnt so much.

“I now know how important it is to keep busy and stay motivated. I go out for coffee with friends, I go to a craft group, a walking group, and I try to keep in touch with people, my family and grandchildren.”

Glennis Best is the Parkinson’s Nurse covering Tauranga and the Western Bay of Plenty. She supports around 200 clients including their partners/spouses in the region. There are two other nurses in Northern Tauranga and Whakatane.

Glennis says the symptoms of Parkinson’s come on slowly and can often take a long time to diagnose.

“GPs often don’t pick it up quickly. Because it is insidious and it’s not that clear, people will have symptoms for a long time before a diagnosis is made, and even by going to the neurologist they often sit on the diagnosis for a while because it could be this or that. It can be very hard for people.

“There is also a misunderstanding that it is an older people’s thing, which in general it is to some extent, but we have quite a large group of young ones diagnosed before 65. Some of them are quite young in their 30s and 40s.”

She says their work is valuable not only an individual level, but community-wide.

“As everyone with Parkinson’s experiences a different number and combination of symptoms, access to information about the condition, its symptoms and treatment options are crucial in its management.  We are able to provide that along with wrap-around support and advocacy.

“We also provide training and information to staff at rest homes, hospitals, and care facilities, to provide advice on best practice for the care of people with Parkinson’s.”

Glennis agrees it can be hard to tell people you have Parkinson’s when you look fine on the outside.

“It takes a bit of guts to tell people, a lot of people keep it secret for a while. I tell clients it’s much better if you tell your family, but they usually don’t want to worry them.

“What I help them realise is that it’s going to be long and slow, but we are going to keep them well within that, and that’s the whole point of us being there.”

TECT has supported Parkinson’s New Zealand Charitable Trust since 2018, and recently approved funding of $20,000 towards operational costs in April.

Glennis says TECT’s funding is crucial for their work.

“TECT’s funding is based around the Western Bay of Plenty, so it comes directly to us which is great, as other funding we might get is spread across New Zealand. It’s directly impacting hundreds of people right here in our community.

“TECT is one of our key funders, ensuring people who have Parkinson’s can continue to receive the care and support they need for free. We are so grateful for their funding and support.”