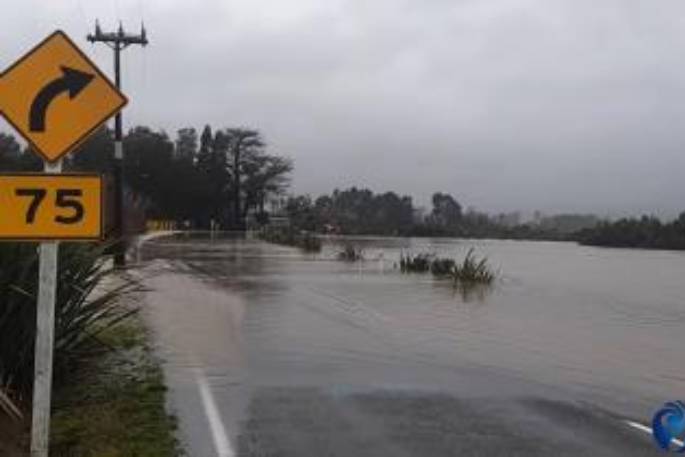 Flood flows on the Buller River this month were the largest of any river in New Zealand in almost 100 years, NIWA measurements show.

"It’s not the largest river in New Zealand but it does experience the biggest flood flows,” says Richard.

“The flood levels through the Buller gorge are incredible.”

NIWA environmental monitoring technician Mike O’Driscoll used a radar gun from the Westport and Orowaiti bridges to measure the speed of the Buller River at its surface on July 17.

These measurements, coupled with surveys of the riverbed level carried out from a jetboat after the flood, provided the data for flood flow calculations at the bridges. As the bridges were being closed, the measurements showed a flow of 7640 cubic metres per second - the largest direct measurement of river flow ever completed in New Zealand.

Meanwhile, a NIWA monitoring station on the Buller River at Te Kuha, about 10km upstream, was continuously recording water levels throughout the flood. The monitoring station is part of NIWA’s national network of benchmark hydrometric monitoring stations as well as being a key flood forecasting site for the West Coast Regional Council.

Because of its importance the site has three independent monitoring systems in place - one sensor system to provide rapid updates during floods, plus primary and back-up sensors to record data for future analysis.

However, the magnitude of the flood meant debris knocked two sensors out of action leaving only the back-up providing real time information to inform emergency management decisions.

The water level at Te Kuha peaked at 12.8 metres at 1.35pm on Saturday, July 17, several hours ahead of the peak flooding in Westport. In the 1970 flood the flood peak was 11.9 metres. This was the biggest flood recorded since the Te Kuha monitoring site was established in 1963.

"We can confidently say that the recent flood flows in the Buller River are the highest of any river in New Zealand since 1926, when historic records and photographs of flooding show an even bigger flood on the Buller," says Richard.

Work is now ongoing to gather more data to refine the flood analysis and NIWA’s flood flow forecasting tool. Repairs to the monitoring systems have already been completed.

Measuring river flow during large floods is essential. The data is used to model and map flood risk, design flood defences, provide flood forecasts and understand the effects of climate change. Data collected during this event is being used as part of a project that began in April to develop improved flood forecasts for Westport.