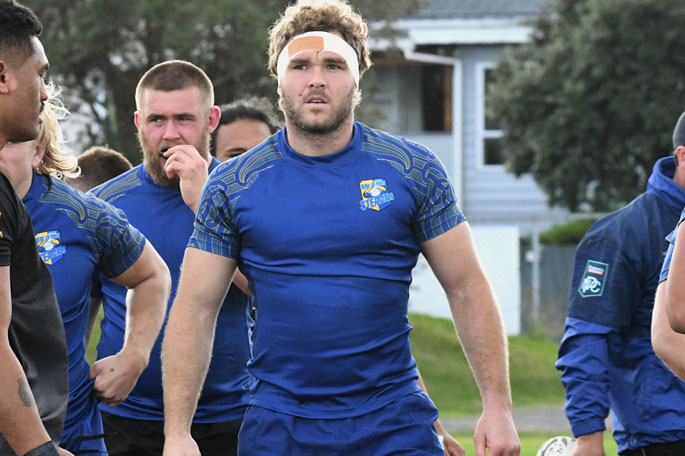 Angus Scott-Young proves that professional rugby and a university education can go hand in hand.

Standing 6ft3 and weighing 113kg, you'd be hard-pressed to find another Super Rugby player who spends his spare time completing a Master’s Degree in biotech.

But for the new Bay of Plenty Steamers signing, a career in science is, for him, a vocation in equal measure to his day job as a professional rugby player.

Growing up in Brisbane, Scott-Young always understood the balance of rugby and education, a value he says he owes to his mother.

"Mum always told me that when you play rugby, you are only one injury away from not being able to play anymore. I think education is a really important thing because the dream could be over at any moment.

"It's important that you have something that you can fall back on. My advice to other rugby players thinking about studying would be to start broad, start slow, and the rest will figure itself out."

After leaving Anglican Church Grammar School in 2014 (where he played in the same 1st XV as NRL superstar Kayln Ponga), Scott-Young took up an Undergraduate Degree in commerce & science, which he balanced in conjunction with an eventual contract with the Queensland Reds.

Roughly seven years later, he is now completing his Master’s and is using his Super Rugby off-season as an opportunity to come to New Zealand and improve his game.

"With no provincial rugby taking place in Australia at the back end of this year, there is a five-month period where there isn't much high-level rugby on offer," says Scott-Young.

"For me personally, I wanted to come to a new environment. I got my manager to put some feelers out to New Zealand, and this opportunity came up.

"I've always wanted to play in New Zealand. You guys are the best in the world."

Scott-Young arrived in New Zealand on Monday, July 19, and spent his first week living with Steamers Manager Wayne Brill before moving in with fellow teammates Aidan Ross and Kaleb Trask.

The big Aussie says he's felt welcomed by the Union and the team, although he admits he has already fallen victim to some trans-Tasman banter from the players and their 'strange' Kiwi lingo!

"Everyone calls me horse, or says "g'day horse," I don't really know why or what's going on there because we obviously just say "g'day mate" in Australia.

"I also told them my nickname was Youngy, and they gave me a bit of stick for having such an Australian nickname!"

Scott-Young will complete the full 2021 NPC season with the Steamers before returning to the Reds to begin preparations for their 2022 Super Rugby campaign.

"I'm grateful to the Reds organisation to let me have this experience, I've played four years there, and this is a great opportunity for me to come down here and improve and increase my knowledge," he says.

“This is a great chance for me to get some quality experience during the offseason before heading back home to Queensland and I can wait to play for the Bay.”

Angus will be looking to make his debut for the Steamers this season with the first game at home against Tasman on Sunday, August 8.

The new 2021 Bay of Plenty Rugby merchandise range drops on Thursday, July 29, and will be available to purchase online at www.boprugby.co.nz and also for sale at all five home games.